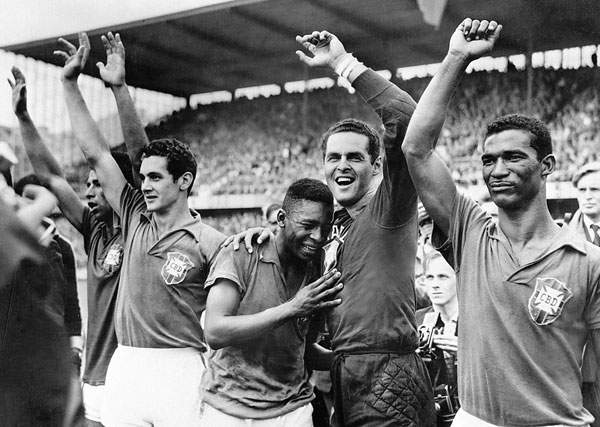 Milking the fact that the World Cup is about to be played in his native Brazil, three-time winner Pele has given an exclusive interview to Vanity Fair magazine in which he has reflected upon his life.

Pelé revealed that the happiest moment of his life came on June 26, 1958, when Brazil won the World Cup for the first time, beating Sweden in the final in Stockholm.

“That day changed my life and shaped my destiny,” he said.

“My favourite journey was seeing my father cry for the first time, when I was nine years old.

When it comes to his biggest regret, the Brazilian did not hesitate to mention the one omission on his glittering footballing cv: the fact that he never played at Wembley.

“As a player, my biggest regret is that I have never played in the cathedral of football: Wembley Stadium, in London,” said the 73-year-old.

The closest the Brazilian will have come to realising that ambition was the 1966 World Cup finals, but, unprotected by referees, Pele was kicked out of the tournament, and his team did not make it out of the group stages.

When asked, Pelé was unable to identify a negative personal trait and said that he wouldn’t  change anything about himself. However, after some cajoling, he identified two things – one of which was anonymity.

“I keep wishing I could still play soccer… and I would love to be invisible so I could go out in public and live a normal life everywhere I go.”