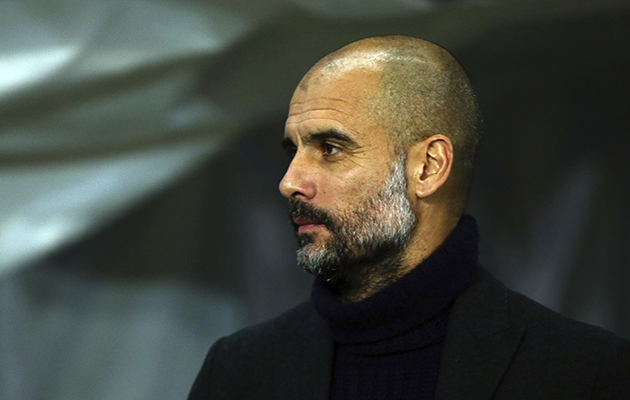 Manchester City manager Pep Guardiola has vowed not to change his ways and said he needs more time to build a title-winning team.

The 4-2 loss to champions Leicester on Saturday following the 3-1 home defeat to Chelsea a week earlier, was City’s second successive league reverse – and the first time they have lost back-to-back league games since Guardiola took over in the summer.

After topping the Premier League at the end of October, City now trail league leaders Chelsea by seven points, having won four of their past 15 games in all competitions.

Asked whether he was failing just months after being appointed, Guardiola said: “Give me time. If you analyse the last month, I have failed.”

City, who host Watford on Wednesday, have not won at home since their 3-1 victory over Barcelona in the Champions League on 1 November.

Guardiola cited former Manchester United manager Sir Alex Ferguson as an example of a manager being given the time to develop a team.

Ferguson won a record 13 Premier League titles with United, but did not win his first until 1993 – six years after he took over the Old Trafford club.

Guardiola, 45, won 21 trophies during seven seasons in charge of Barcelona and Bayern Munich,

“The last month I have to accept the results have not gone well. But we have to improve what I believe, not change what I believe. When it doesn’t work, you have to be strong.

“I have to accept the opinions of former players, the media, the fans because we didn’t win – but I wish and hope they will give me a little more time.

“Long-term projects do not exist in football. You have to win immediately and if you don’t win, you are in trouble.

“Then another guy has to be in charge because you have to win. The boss and the chairman are going to decide.

“You have to minimise mistakes to win games but I believe in the way I like to play, so I’m sorry, I can’t do that (change).”