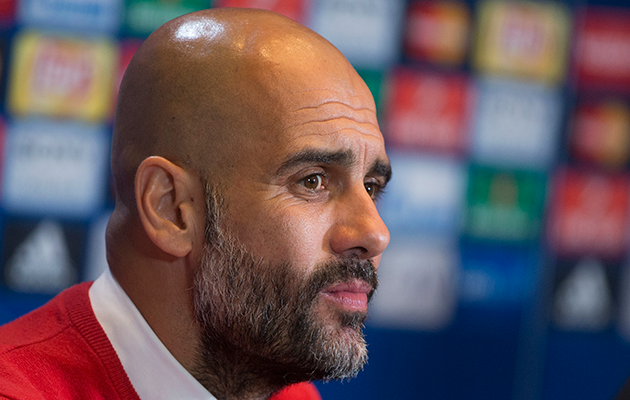 Bayern Munich coach Pep Guardiola has acknowleged that for his career in Germany to be regarded as a success, he must win the Champions League this season.

Guardiola, whose first two years at Bayern have brought exits at this stage of the competition to Real Madrid in 2013-14 and Barcelona 12 months later, was speaking ahead of Wednesday’s semi-final first leg at Atletico Madrid.

Despite winning back-to-back Bundesliga titles and looking on course to complete a hat-trick of domestic successes, the Catalan knows that Bayern brought him to the club in the hope that he would win the Champions League.

“Three semis in three years is not something that every team does,” Guardiola said. “I have read in Munich that without winning the Champions League, the work would not be complete. I must accept that. But I am very fortunate to have lived and worked three years in Germany.

“I am a better coach, a better guy, more relaxed, I have enjoyed it a lot. We will try and reach the final, as we did against Madrid and Barcelona, and now this year against Atletico.”

Guardiola said that he respected very much what his Atletico counterpart, Diego Simeone, has achieved at the Vicente Calderon.

“We are very happy to be here – we know that all semi-finalists are difficult,” he said. “The best trophy Atletico have achieved, with Diego Simeone and his team, is that they are now equals to Barcelona and Real Madrid, just as feared when they play in Europe.

“I have been outside Spain for five years, but have watched on the TV, and their consistency has been really impressive. Normally only the biggest teams can play every three days, and keep winning, season after season.”

Simeone’s side have been praised for their defensive solidity, but Guardiola says there is more to their game than simply a tight rearguard.

“It is five years since I have played against them,” he said. “But what I have seen is that they defend very well. But they do very many other things well – not just defend.

“They are also very good at set-pieces, they have a very good team structure, they press well. They are fast on the counter-attack. To achieve what they have done, you have to do everything well, not just defend.”