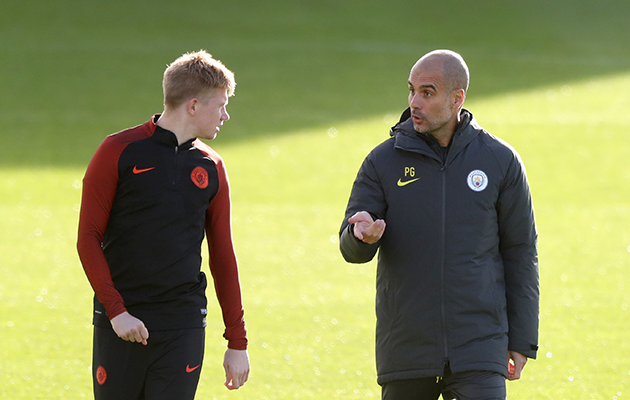 Pep Guardiola returns to the club where he made his name as he takes his Manchester City side to play Barcelona in Week 3 of the Champions League.

On paper it is a daunting prospect with Barcelona having won the four previous meetings between the two teams as well as their last 12 home matches in the Champions League.

Guardiola, who has seen his City side drop 5 points in their last two Premier League matches, admits tonight’s game will be a genuine test of their calibre.

When he was reminded that City resorted to primitive tactics, using defender Vincent Kompany as a target man in the 1-1 draw with Everton last Saturday, Guardiola’s was visibly irritated.

“I hear a lot of times about the intensity of the Premier League but none of you have been on the field in La Liga to know of the intensity there,” he said.

“In Germany too the intensity is amazing. You have to have respect for the other leagues. In Spain over the last few years the teams keep arriving in the finals of the major competitions because they are good players. Maybe the problem here is playing more games. Leagues in Spain, Germany and Italy all have intensity.”

Asked about Luis Enrqiue, a former Barcelona team-mate, who now coaches the Camp Nou outfit, Guardiola was full of praise.

“When we first met as players, it was really easy to see that Luis [Enrique] was special. He’s direct, honest and very hard working. He’s already had a lot of success and he’ll have a lot more in the future. In fact, both he and his team do many things better than when I was in charge.”

“This is a good test for us, against the best. But the fact we drew [against Celtic] means we are obliged to win back some points. I’m pleased Messi is fit. He’s the best. What makes Barcelona’s strikers special is that they require very few chances in order to score a goal.”

“I would like to defend well and attack well. But change the way you think, believe and love to play football just for one game? Impossible. We have to adjust but we will be ourselves as much as possible.” 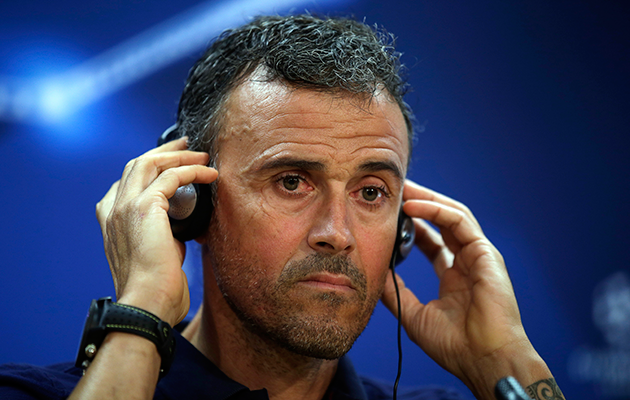 Luis Enrique describes Guardiola as the best coach in the world.

Meanwhile, Luis Enrique spoke affectionately about his former team-mate, but stressed that tonight’s game is about the players, not the respective coaches.

“Pep really is a good friend. I think he’s the best coach in the world,” Enrique said. “I love his attacking mentality. But this is not a match between the coaches. The players are the ones who’ll decide victory and defeat.

“City are doing great right now and I really notice the immense impact that Pep’s had on the way they play.

Barcelona welcomed back Lionel Messi at the weekend, with the fit again forward scoring within three minutes of his return in Saturday’s 4-0 victory over Deportivo La Coruna.

“It’s always good news for us to be able to say that Leo Messi is back,” the Barcelona coach added. “He makes chances, between the lines and when he’s out wide. The more he is involved, the better Barcelona play.”