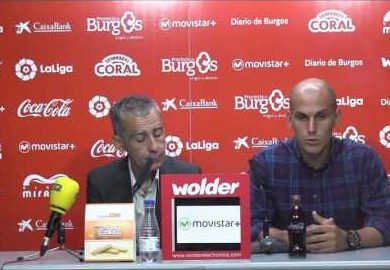 It is rare for foreign players to sign for a Bosnian club, so when Zeljeznicar bought Javier Hervas (ex Cordoba and Sevilla) from Brisbane Roar this summer, it was considered something of a coup.

However, the Spanish midfielder has left the Grbavica stadium without even playing a game – and he did it for a bizarre reason.

He and his wife were out walking their pet dog when they were attacked by stray dogs in the Bosnian capital Sarajevo and his wife insisted they leave the country immediately.

Javier Hervas and Zeljeznicar Sarajevo have terminated the contract by mutual agreement due to the “express request of the player,” the Bosnian club on its website said Tuesday.

According to the statement: “Hervas has not adapted to the capital of Bosnia-Herzegovina and, at the insistence of his family, especially his wife, wants to return to his country.

“This development will not weaken the team as the coaching staff has plenty of alternatives in midfield and is already looking forward to the derby match against FK Sarajevo.

“We wish the player all the best in his future career and hope that he resolves any family problems he may have experienced.”

The Zeljeznicar management has demanded compensation from the player but did not disclose the precise figure.

A couple of days after leaving Zeljeznicar, Hervas signed a two-year deal with Spanish second-tier side Mirandes.