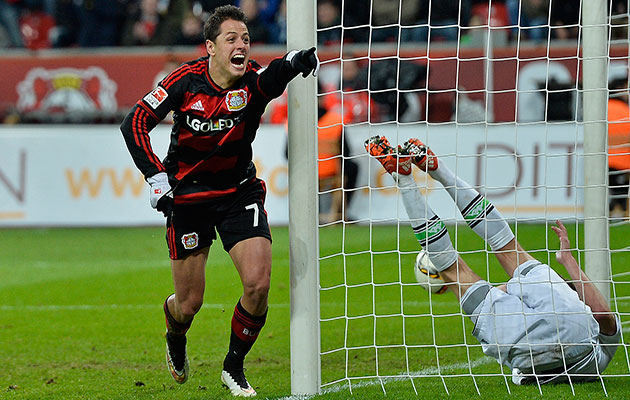 Javier Hernandez has explained that he joined Bayer Leverkusen after he was told by Louis van Gaal that he only had a “one per cent chance of playing” if he remained with Manchester United.

Hernandez signed a three-year contract with the Bundesliga side in the summer for £7.3million after seeing his first-team opportunities dwindle under Van Gaal at Old Trafford.

The Mexico striker, who scored 59 goals in 157 United appearances, was loaned out to Real Madrid for a season in the summer of 2014, but despite returning to Old Trafford last summer, was told he no longer had a future at the club.

“I didn’t have the intention to leave [on loan in 2014], but I wanted to more playing time. Van Gaal told me that he already had his strikers, that I would have to fight for a place but could take an offer if an opportunity arrives,” Hernandez told Spanish TV show Fiebre Maldini.

“The board told me that I could go on loan to Real Madrid and it was not a difficult decision for me.

“Then I returned to Manchester. I started to have opportunities but one day I spoke with Van Gaal and I had only a 1% chance of playing so I needed to make magic. So I moved to Bayer.”

Hernandez has been in fantasitc form for Bayer and has scored 17 goals already this season for Roger Schmidt’s side. On Saturday he registered a 13 minute hat-trick in Leverkusen’s 5-0 thrashing of in-form Borussia Monchengladbach.