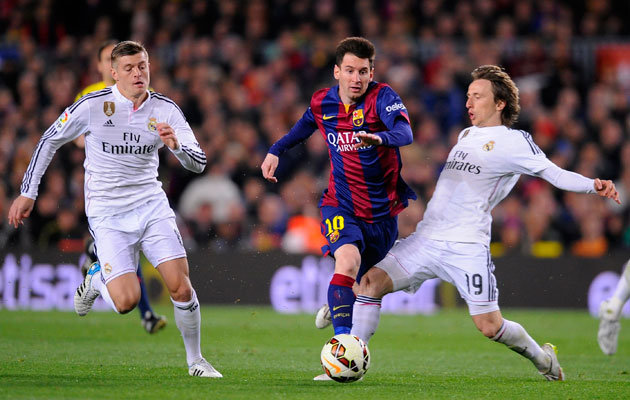 Spanish players union president Luis Rubiales has defended the decisiom to go on strike, claiming he is defending the interests of his members.

If the strike does takes place, the current La Liga campaign will be thrown into chaos. The final two rounds of the season will be affected as well as the Spanish Cup final between Barcelona and Athletic Bilbao on May 30.

The Spanish football federation (RFEF) and its president Angel Maria Villar are also backing the stoppage of all football, over a dispute they say is about government interference in the league’s television rights.

Rubiales spoke at an event in Madrid on Thursday accompanied by players including Iker Casillas, Xavi Hernandez, Sergio Ramos and Gerard Pique.

Rubiales told reporters at the event that his union felt marginalised as they appeared to have been cut out of the deal.

“We have decided on a stoppage as we know we are right,” he said. “We feel strong. We want a centralized sale [of TV rights], but not for them to touch our rights, and even less in such a surprising way. We have been brought to this situation. This is a defensive move, not an attack.”

Speaking later on El Larguero radio show Rubiales said his members grievance was not about money, but concerned the LFP seizing total control of the domestic game.

“Whatever the LFP says goes,” Rubiales said. “The team they want will go up or down according to their own criteria, if they do not want [Getafe midfielder] Pedro Leon to play, he does not play. The law gives La Liga the freedom to put in the rules they want. And that is an outrage.”

The clubs, broadly supportive of the LFP’s stance, have called an extraordinary meeting of club presidents on Monday to discuss the issue.

Valencia president Amadeo Salvo told AS that that a strike would have financial reprucussions and would have a negative impact on Spanish football as a whole.

“Of course Valencia does not agree with a strike now,” Salvo said. “For many reasons, but above all for the moment we are in with everything in play and what is coming then. If we want to value football, this is not normal. Dialogue is there to resolve problems.

“A strike now would lead to very important financial damage for everyone, and would be devaluing the product. It would not be understood inside Spain or outside. There are lots of things I would change in the rules or the laws. It never comes out as everyone wants, but you do not act like this. I do not say you cannot fight against what you believe unfair, but you must be responsible about the consequences.”