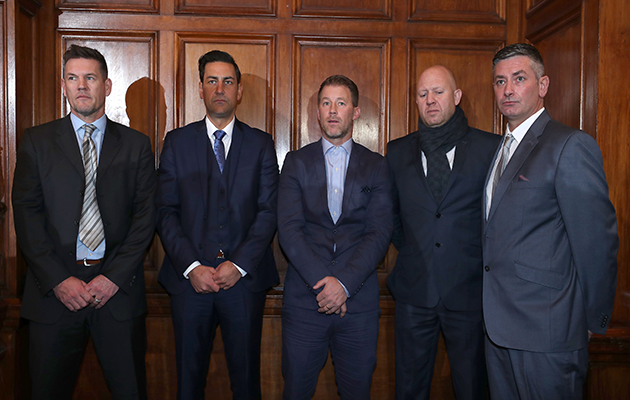 The National Police Chiefs’ Council has confirmed that 83 potential suspects and 98 clubs have been named in connection with allegations of child abuse in football.

The figure comes from information provided to forces working as part of Operation Hydrant – the national police body coordinating the abuse claims – and from 639 referrals from the NSPCC helpline. As a result of the information, 98 clubs have been “impacted”.

“Allegations received by police forces across the country are being swiftly acted upon,” said chief constable Simon Bailey, from the National Police Chiefs’ Council.

“We are ensuring an efficient and effective service-wide approach to investigating allegations, removing the potential for duplication and enabling the timely and effective sharing of intelligence and information between forces. We are also liaising closely with the Football Association to ensure all relevant information they hold is shared to inform investigations moving forward.

“We continue to urge anyone who may have been a victim of child sexual abuse to report it by dialling 101, or contacting the dedicated NSPCC helpline, regardless of how long ago the abuse may have taken place. We will listen and treat all reports sensitively and seriously. Anyone with any information regarding child sexual abuse is also urged to come forward.

“As the number of calls being received across the service is higher than usual, it may take longer than normal for an officer from a local force to make contact to follow up from the initial call. Please be assured that the information provided will be taken seriously and acted upon.”

The allegations first emerged when the former Crewe defender Andy Woodward came forward to tell the Guardian that he had been a victim of sexual abuse. The rapidly escalating scale of the scandal prompted FA Chairman, Greg Clarke to state that it was the biggest scandal English football’s governing body had ever faced.

“These shocking numbers now identified by police reveal the deeply disturbing extent of abuse that has been going on within football,” said an NSPCC spokesperson. “Our football hotline, launched with the support of the FA, saw a staggering surge in calls in its first week and anyone who wants to contact us can continue to do so in confidence, with the knowledge they will be listened to and supported.”