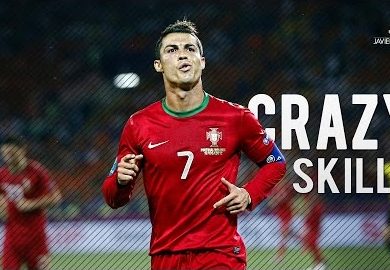 Cristiano Ronaldo feels that Portugal are in good form ahead of Euro 2016 and predicts that his nation will win a major tournament one day.

Portugal were in brilliant form during their 4-0 victory over Estonia as they warm up for the Euros. Ricardo Quaresma was in fantastic form, providing an audacious assist for Ronaldo.

Ronaldo was part of the Portugal side that lost to Greece in Euro 2004, it ended in heartbreak for Portugal as they lost on home soil and Ronaldo reflected on that moment.

“That was a difficult moment, because losing a match, especially here in Portugal, against Greece – we knew we had a unique opportunity to become European champions,” Ronaldo told Uefa.com.

“But that’s a part of football. Football has taught me a lot of things: nothing is certain. What is true today can be a lie tomorrow, a team can be very good one day and awful the next. So it’s all part of that.

“If it happened, it’s because God willed it and we have to think about the future: that the future of the national team will be positive and Portugal will win big things, like a European Championship or a World Cup.”

Ronaldo will also be hoping to score at his fourth European Championship and the superstar has talked about the honour of appearing at another major tournament.

“The final stages are always beautiful moments, unforgettable moments in a player’s career, so this will be another European Championship on my CV. Obviously I’m happy about it and I also feel privileged to have been able to participate in many final tournaments.

“And evidently it’s a delicate moment, a special moment because anything can happen. I think Portugal are in good form, we had a very positive qualification.”