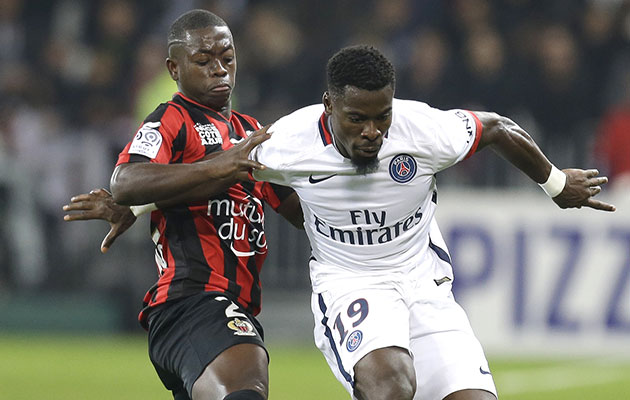 Serge Aurier has been suspended by Paris St Germain for Tuesday’s Champions League match against Chelsea after a bizarre outburst on social media in which he insulted coach Laurent Blanc and his team-mates.

The full-back has since apologised after a question-and-answer session on Periscope came to light in which he insulted Blanc and several PSG players.

The most serious allegation against the Ivorian is that he referred to Blanc as “une fiotte”, which translates into English as a faggot.

A statement on PSG’s website read: “This Sunday, the club have learned of a video distributed on social media in which Serge Aurier responds to questions from internet users. The video, filmed in a private context, contains certain comments which are clearly unacceptable from a Paris St Germain player, towards certain team-mates and especially towards coach Laurent Blanc.

“The club have opened disciplinary proceedings against the player, accompanied by a provisional suspension. Serge Aurier therefore will not figure in the squad to play against Chelsea on Tuesday in the Champions League.

“Paris St Germain offer their full support to coach Laurent Blanc and to the players who, quite rightly, feel offended by these comments, which are against the values of the club.”

The club president, Nasser Al-Khelaifi, said: “I have taken the decision to suspend Serge Aurier. Paris St Germain is a very strong institution and nobody can affect that. I will not allow anyone to cause difficulty for the club or distract us from our aims, beginning with our meeting with Chelsea.”

Aurier, 23, criticised Blanc, along with the PSG players Zlatan Ibrahimovic and Ángel Di María, in the video.

In a subsequent video on PSG TV, the Ivory Coast international Aurier said: “I made a big mistake, I am here to say sorry to the coach, the club and my team-mates, and to the supporters because they are the most important people.

“I want to apologise especially to the coach, I can only thank him for all he has done for me since I arrived in Paris. He wanted me and since I came here everything has gone really well. I owe him a lot and that is why I apologise sincerely to him for what was said, which I deeply regret.

“I will accept any sanction the club impose on me regarding this incident. I made a mistake, it was unforgivable and I am ready to face all the consequences.”

It is not the first time Aurier has landed himself in trouble because of comments on social media.

He was banned for three games by Uefa after last season’s Champions League game against Chelsea following a video posted on Facebook in which he labelled the referee Bjorn Kuipers a “dirty son of a bitch” over the sending-off of his team-mate Ibrahimovic.