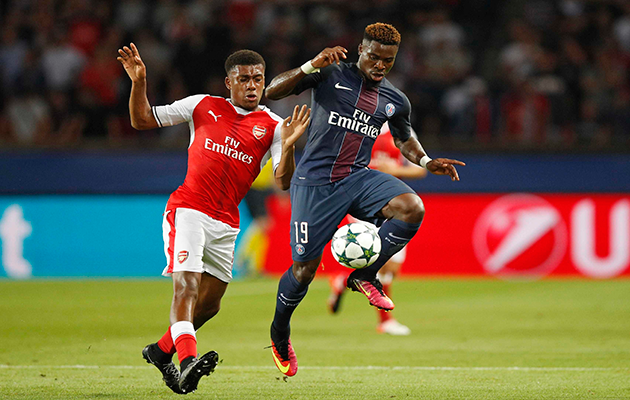 Paris Saint Germain defender Serge Aurier has been prevented from entering the UK and will miss his side’s Champions League match against Arsenal on Wednesday.

The French club announced that Aurier had been denied an entry visa because of an assault conviction he received in September for acting violently towards police outside a nightclub.

The defender is accused of elbowing a police officer outside a Paris nightclub in May. In addition to his suspended sentence, he was fined €600 (£521).

In a statement, PSG said: “Due to a sudden about-face by the British authorities, Serge Aurier has not been allowed to travel with Unai Emery’s squad for the clash away to Arsenal. Paris Saint-Germain is stunned by this incomprehensible situation that attacks the very integrity of the UEFA Champions League.”

PSG say the British authorities originally granted Aurier a visa, however this was revoked on 16 November. The club informed the authorities that the 23-year-old has appealed his conviction.

“The club has argued several times that since the player has launched a legal appeal against the criminal ruling, he is therefore entitled to the presumption of innocence, as any other person exercising their right to appeal.

“Paris Saint-Germain strongly regrets that the presumption of innocence has not influenced Britain’s decision.”

PSG were also unhappy at the timing of the announcement. They were only informed of the decision at 14:00 the day before the game, “despite the club working for the last six days to find a solution to enable our player to travel with his teammates to London”. They deemed such timing a “flagrant lack of respect for the club”.

Aurier, an established Ivory Coast international, was applying for a Tier 2 Sportsperson visa, which allows an individual to stay in a country for up to three years and usually takes three weeks to process.