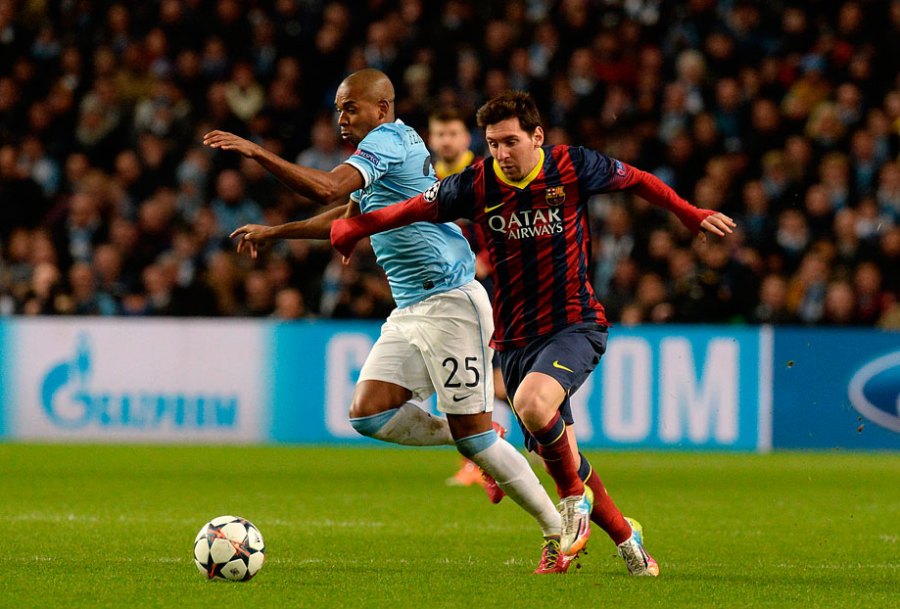 “I tell you. We [City] had them [Barcelona] worried. We managed to put them under pressure and there were situations in which the Barcelona guys didn’t feel confident to try to use their passing game. They were rattling the ball to where their noses were pointing. We rattled them.”

Fernandinho believes that Barcelona were rattled by Manchester City when the sides met in the Champions League last 16, first leg.

The Brazilian has only been in the country 8 months, but already he appears to have absorbed one of the key tenets of English footballers: foreigners don’t like it up them.

Perhaps he was carried away by scoring his first goal for Brazil on Wednesday night, or perhaps he was suffering from jet lag, but it is hard to reconcile what Fernandinho says with what actually happened on the pitch that night.

Make your own mind up.