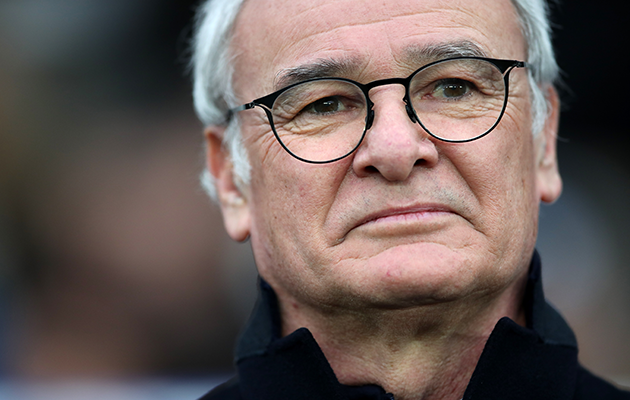 Claudio Ranieri is hoping that Wednesday’s Champions League tie against Sevilla could prove to be a turning point for his underperforming Leicester City side.

The defending Premier League champions, who are struggling domestically as they sit just once place and one point above the relegation zone, face Sevilla, seasoned European campaigners who have only lost twice at home this season.

One bright spot in what has been a difficult campaign for Ranieri’s men has been their European form. Leicester topped their group, winning four of their six matches.

“Sevilla could be the turning point, it could be everything,” Leicester’s manager said. “We can lose – it’s OK, nothing happens. But if we win, if we do a very good game, something inside could change. We need one match like this.”

Sevilla have won the Europa league five times and are playing in the Champions League for a second successive season.

“We know in our mind we are the underdog,” added Ranieri.

“If you see in the last 10 years what Sevilla achieves, it’s amazing.

“They are used to staying at the top. They have good players but we are ready to fight and ready to play our football.”

Leicester’s dismal domestic form has seen Ranieri come under pressure, although he was given the club’s “unwavering support” last week.

The Italian admitted he could have left in the summer after leading Leicester to the title, but chose to stay in order to “build something good”.

“I could leave last season,” he said.

“I won the title and I had something with other teams but I wanted to stay here because I knew it was a difficult year.

“I keep going, I maintain my mind in this way. I forget the title and I want to achieve something good for the fans, chairman and the city.” 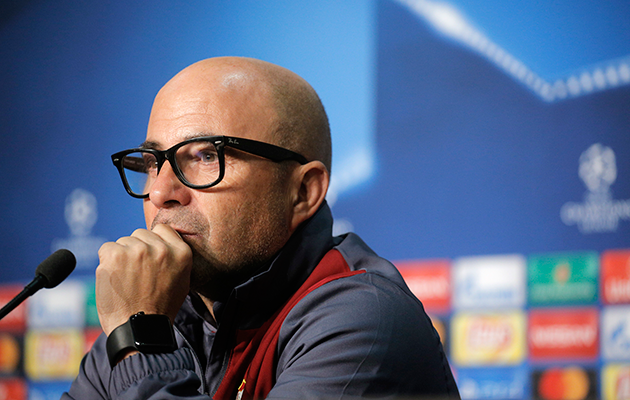 Jorge Sampaoli is taking nothing for granted against Leicester City.

Sevilla, in contrast, are third in La Liga, two points behind second-placed Barcelona and three adrift of the leaders, Real Madrid whose 40-match unbeaten run they ended last month. Indeed the progress made under Jorge Sampaoli has seen the Argentinian emerge as a leading contender to take over from Luis Enrique, should the Spaniard leave Barcelona in the summer. The former Chile national coach is also reported to be under consideration by Arsenal, should Arsene Wenger end his 21-year spell with the club this summer.

Sampaoli acknowledged that this season’s Leicester are a shadow of the team that stunned the football world, but he said Ranier’s men still posed a threat.

“We’re not talking about the team that won a league miraculously, you have to live in the now. So last year Leicester won the league but right now they are fighting relegation,” said the former Chile boss.

“The present matters the most. Ranieri got so much from the team last year with so little but now he is struggling, the past doesn’t matter, even when you have done something as miraculous as he did.

“I think Leicester are not having a good time in the league, they have a lot of doubts when last year they had so much belief. They were brilliant in the league last year and have been great in the Champions League, they qualified very quickly so in a two-legged tie it still poses a lot of risks for us.”