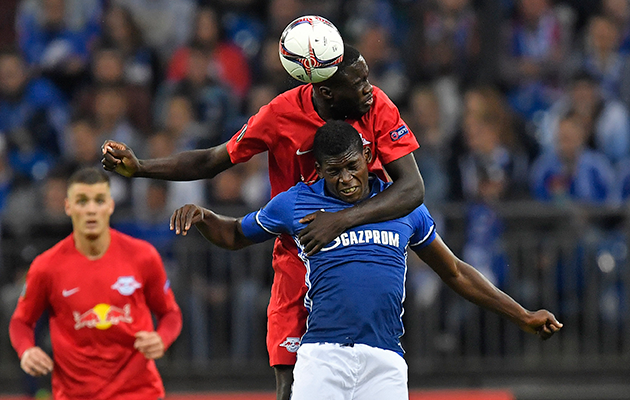 1. Keeping it in the family
Increasingly thought of as a European hot-spot for young talent, RB Leipzig had every reason to feel good on completing the signing of French central defensive wunderkind Dayot Upamecano from affiliate club, Red Bull Salzburg.

Although the 18-year-old very much is a stripling – having only played 23 competitive games for the Salzburger – he already is a beast of a player, someone with the same build and power of a Yaya Toure or a Patrick Vieira.

A European Under 17 champion with “Les Bleus’ in 2015, the teenager had been linked with a slew of platinum clubs (Manchester United, Barcelona, Bayern Munich, Juventus) and certainly looked the part when comfortably neutralising Nice striker Mario Balotelli in a Europa League tie in November.

He is the fourth Salzburg player to be shunted to Leipzig this season and the ninth to make the journey in recent times. A state of affairs which neatly sums up Red Bulls’s football stable priorities. Leipzig on top of the food chain; Salzburg the feeder club.

Fans of the latter are becoming frustrated with the situation and one is reminded of the controversial comments last summer of Austrian international centre-back, Martin Hinteregger, who rather than swopping Salzburg for Leipzig, insisted on joining southern German outfit, Augsburg.

“The way in which Leipzig is destroying Salzburg is not nice to see. I find it a shame that we have two different clubs. Yet everything is directed towards Leipzig. Everything is for their benefit, while Salzburg are ignored. The Leipziger simply take what they need. Salzburg are never able to build a real team.”

2. Schalke’s comings and goings
As well as bringing in Bayern Munich central defender, Holger Badstuber on a six-month loan deal, Schalke also have been working on their options for next summer’s transfer window, sealing a Bosman-free agreement with Wolfsburg’s Italo-German midfielder Daniel Caligiuri.

A feisty, dynamic presence on the right-side, the 29-year-old was one of the Wolves’ most influential performers when they came second in the 2015-16 Bundesliga and reached the quarter-finals of the Champions League last term. But like most of his current teammates, he has lost his mojo these past few months.

Meanwhile, two players on the Gelsenkirchen fringes, have bid their farewells, Brazilian right-back, Junior Caicara, joining Turkish side Basaksehir and ex-Germany winger Sidney Sam, agreeing to a loan until the end of the season at relegation-threatened, Darmstadt.

A little over three years ago, Sam was treading the Wembley turf in a friendly against England. This season, though, he has not made a single Bundesliga start, forced to make do with a diet of reserve team action in the domestic fourth tier. How his fortunes have changed.

3. Dortmund pray for healing hands
The German winter break is normally an opportunity for clubs to rest tired bones and clear out the treatment room. However at Dortmund, their injury list seems, if anything, to have lengthened. Key Greek centre-back, Sokratis, injured an ankle during a practice match in Marbella versus Standard Liege; livewire French wide-man Ousmane Dembele was seen hobbling off the practice pitch and in a bulletin bound to strike fear into Schwarz-Gelben supporters, attacking ace, Marco Reus, was unable to train normally in southern Spain, apparently felling muscular discomfort up and down his right-leg.

After missing Euro 2016 and most of the Autumn Championship with serious groin complaint (this time on the left-side of his battered body), Reus made a spectacular return to the Westfalen first-team in November and December. But now must face more uncertainty.

With Dortmund currently only sixth in the Bundesliga table and out of the Champions League qualifying spots, the pressure is on to launch a swift revival and naturally, a fully-fit Reus would make that task infinitely easier. Rumours have been rife of late that Reus was to replace left-back Marcel Schmelzer as captain, though sensibly coach Thomas Tuchel has put such thoughts on ice. 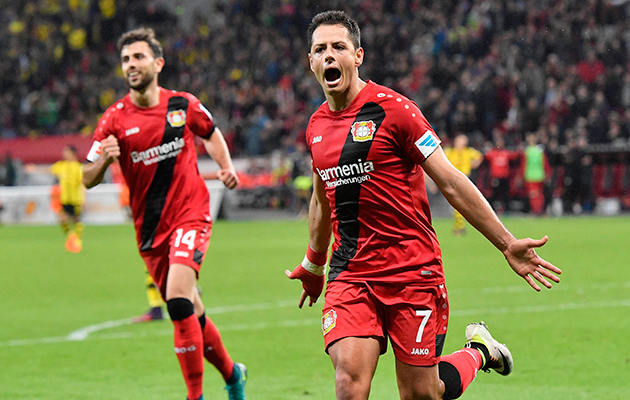 Javier Hernandez ‘Chicharito’ is determined to make amends after a poor first half of the Bundesliga season.

Pull up the drawbridge. Strengthen the fortifications. Amidst a firestorm of rumours that their Mexican striker, Chicharito, is heading for the exit – en route to a 25 million euro switch to Chelsea or Paris Saint-Germain – Leverkusen are confident they can repel any acquisitive broadside.

“The question doesn’t arise because we don’t want to let him go and he doesn’t want to leave,” club director of sport, Rudi Völler told Kicker magazine. “It’s too difficult to find replacement players in the January transfer window.”

The ‘Little Pea’ only managed five Bundesliga goals in the first-half of the season and according to Völler, the former Manchester United star had vowed to turn it around in the New Year, to “give something back”.

“He wants to achieve what wasn’t possible in the autumn. At the time, his girlfriend was ill and he lost a little form.”

‘Hansi’, who for eight years (2006-14) was the trusty right-hand man of Bundestrainer Joachim Löw, was appointed to this most strategic of posts in September 2014 and only last autumn was enthusiastically talking about his ongoing role in the association’s plans to build an extensive new academy complex in Frankfurt.

The former Bayern Munich and Köln midfielder denied he had another job to go to and rejected the suggestion he was leaving on bad terms. His decision to call it quits, he claimed, was solely “a personal desire to concentrate more on my family.”

To temporarily fill the resultant vacancy, the DFB have appointed former Under 21 and Olympic side boss, Horst Hrubesch. The ideal safe pair of hands.