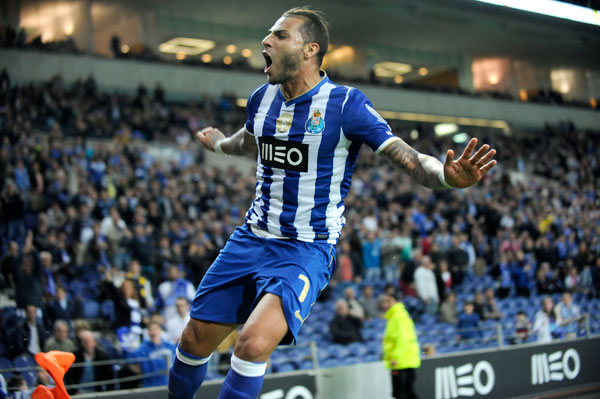 Former Inter forward Ricardo Quaresma has admitted he is enjoying life back in Portugal and that he misses nothing about Italy or Italians.

Speaking ahead of his side’s Europa League meeting with Lazio, the Portuguese international reflected on a difficult two-year spell at the San Siro between 2008 and 2010.

After being released by Al Ahli at the beginning of 2014 the 30-year-old has returned to Porto, where he won three league titles before moving to Italy.

“I’m 30 years old and I have nothing more to prove,” Quaresma said to Gazzetta dello Sport. “Everyone by now knows what my qualities and strengths are.

“All I need to do is work to the best of my ability and give my all for my club. I have nothing to prove to Napoli or to Italians. I hope to score against them, how I do it doesn’t matter.

“Napoli have a great coach and a good team but we have a lot of good young talent.

“Would I go back to Italy? I don’t think so. I don’t miss anything about Italy or Italians and I’m not thinking about leaving Porto.”

Quaresma’s time in Italy sounds almost as bad as that of Liverpool striker, Ian Rush, who memorably described the experience as ‘like living in a foreign country’.

It’s unclear if the Portuguese harbours a grudge against specific Italians or Italians in general. Either way, he is unlikely to be holidaying on the Amalfi Coast anytime soon. Nor, after these comments, would he be welcome.