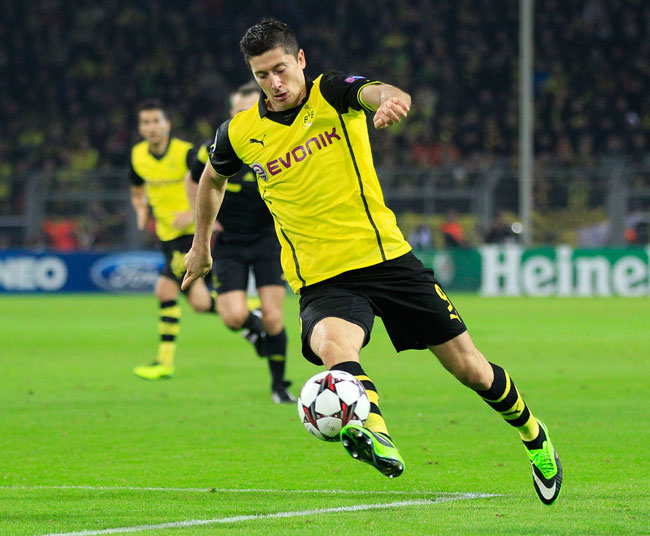 Robert Lewandowski is in the clear after a 17-year-old Borussia Dortmund fan withdrew his accusation of assault against the striker.

Robert Lewandowski is in the clear after a 17-year-old Borussia Dortmund fan withdrew his accusation of assault against the striker.

The Poland striker was being investigated by German police after being accused of assault by the teenage Dortmund supporter. According to German outlet WAZ, the charge that Lewandowski had struck a 17-year-old last month was withdrawn by the claimant.

The striker, who has not endeared himself to Dortmund fans by created controversy by agreeing to leave the club for rivals Bayern Munich next summer, was driving his Porsche Cayenne when the teenager saw him and raised his middle finger.

The fan told German newspaper Bild at the time: “I know it wasn’t right, but he jumped out of the car and stormed towards me like a bull.

“He said to me, “What was that, what did you do?”, then struck me on the forehead with the palm of his hand, I flew backwards.”

The striker insisted on his Facebook page that he had not taken forceful action against anybody.

He wrote: “I would like to clearly state that I used no force against any persons who invaded my personal space.”

Dortmund CEO Hans-Joachim Watzke backed his man and said: “I have spoken with Robert Lewandowski and he explained that the boy showed him the middle finger. Then he got out of the car, put his hand on the boy’s shoulder and asked him why he was doing such a thing.”

Watzke added: “Robert swears that he did not touch his face or hit him, I believe Robert 100 per cent.”

At the time of the incident, Dortmund had made clear Lewandowski’s side of the tale, with spokesman Sascha Fligge telling Sport1: “Several teenagers offended and berated Robert in the presence of his wife.

“According to his own account, he then stepped out of his car and put his hand on the teen’s shoulder and asked him why he was doing that.”