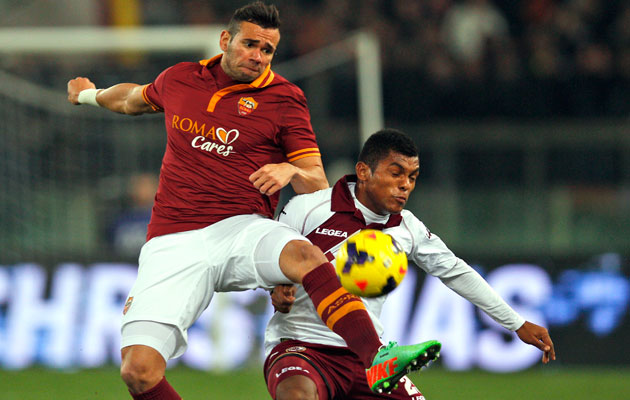 Roma’s Brazilian defender Leandro Castan will undergo neurosurgery next month to resolve “a congenital vascular alteration in his brain”.

The 28-year-old has not played since September, when he was substituted at half-time in the 1-0 win away to Empoli after complaining of acute dizziness.

Medical tests later confirmed a “cavernoma”, which is a cluster of abnormal blood vessels that puts pressure on the brain.

“Although the cavernoma does not represent a threat to the player’s life – indeed, he is currently in peak physical condition – he is at risk of recurrences,” said a club statement. “Therefore, the medical staff, club and player have agreed that he will undergo neurosurgery at the beginning of December in order to definitively cure the problem. This will allow his to resume regular competitive sporting activity.”

Capped twice by Brazil, Castan has been a regular in Serie A since joining Roma in 2012.