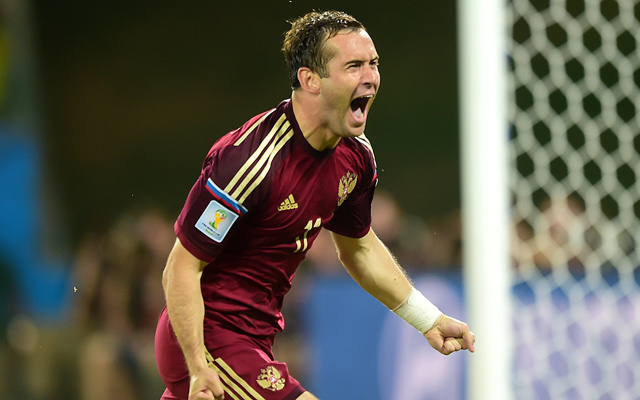 Match overview: Russia and South Korea shared the points following an uninspiring 1-1 draw in Cuiaba. After a disappointing first-half, things picked up after the break with two goals in the space of six minutes midway through the second half. Korea took the lead thanks to a goalkeeping howler from Russia’s Igor Akinfeev, who let substitute Lee Keun-ho’s shot through his hands. Korea’s keeper Jung Sung-ryung played a part in the Russian equaliser, spilling a shot and allowing Alexander Kerzhakov to turn the loose ball home.

Key moment: Russia coach Fabio Capello will take some credit for his substitutions, including striker Alexander Kerzhakov, who scored his team’s equaliser. But it could also be argued that Capello had picked the wrong team in the first place, with Russia’s most creative player, Alan Dzagoev, left on the bench and only introduced with 20 minutes remaining.

Man of the match: Nobody really deserved this, but FIFA gave the official award to Korean midfielder Son Heung-min, who gave a neat and tidy performance.

Matter of fact: With his goal Alexander Kerzhakov equalled the national team record of 26 goals held by Vladimir Beschastnykh.

Talking point: Fabio Capello, who watched England keeper Robert Green make a similar mistake to Akinfeev’s four years ago in South Africa, must be wondering why his goalkeepers have such bad luck.