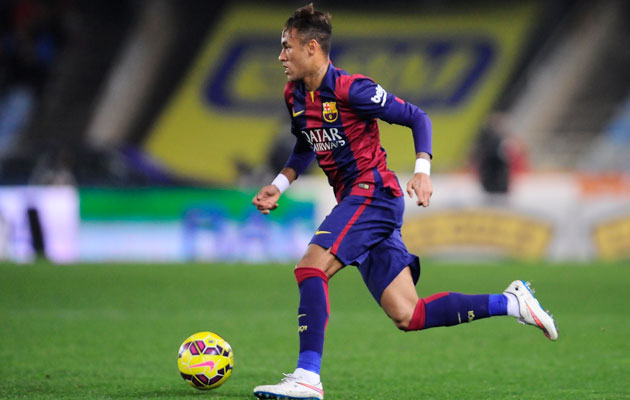 Santos have asked Fifa to hit Neymar with a six-month suspension for what they are calling non-compliance of contract terms during his move to Barcelona.

According to Brazilian daily O Globo, the club is seeking the six-month ban and €55 million in damages, claiming that Neymar did not adhere to the terms of his contract when he moved to Barcelona in 2013.

Neymar, for his part, insists he has a letter from the Santos president that gave him permission to speak to Barcelona in 2011.

The club is invoking Article 17 of the Fifa transfer rules regarding the consequences of terminating a contract without just cause.

A Fifa committee will now decide whether there is evidence to suspend the Barcelona forward, the report said.

The Fifa transfer rules state: “In addition to the obligation to pay compensation, sporting sanctions shall also be imposed on any player found to be in breach of contract during the protected period. This sanction shall be a four-month restriction on playing in official matches. In the case of aggravating circumstances, the restriction shall last six months.”

Santos president Modesto Roma Jr. said he the suit is less “against Neymar” and more “in favor of the club,” according to the O Globo report.

The complaint follows the decision by a Brazilian court to freeze the assets of Barcelona star Neymar, his family and related businesses valued at 188.8 million Brazilian reals (€42m) amid allegations of tax evasion.

The Brazil team captain moved in 2013 from Brazilian club Santos to Barcelona in a transfer whose payment is also under investigation by Spanish tax authorities.