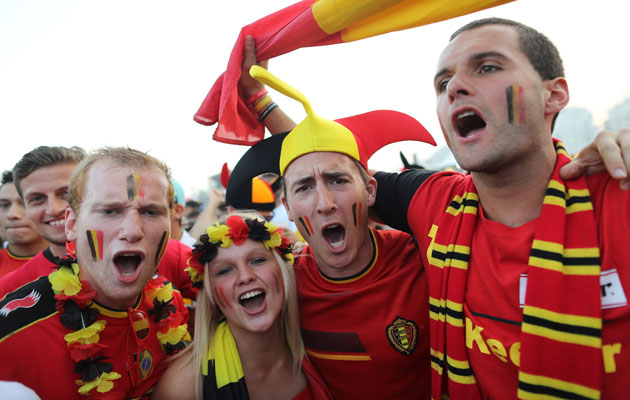 The group of fans set out driving in a bus across Europe earlier in the week for the crucial Group B clash.

But, having input ‘Wales’ into their GPS and followed the directions, they later found out that they were 200 miles off course.

The GPS error came to light after the supporters rang in to Studio Brussels to inform host Siska Schoeters of their error.

The supporters explained they’d accidentally driven to the ‘wrong Wales’ after failing to check the directions provided by their Sat-Nav.

Rather than Cardiff, where they had hoped to join up with their fellow travelling fans, the group ended up in Rotherham – which has a population of just 6,455 and is a three-and-a-half hour drive away.

Fortunately for the supporters they had plenty of time to find and travel to the correct Wales ahead of today’s kick-off at 7.45pm.