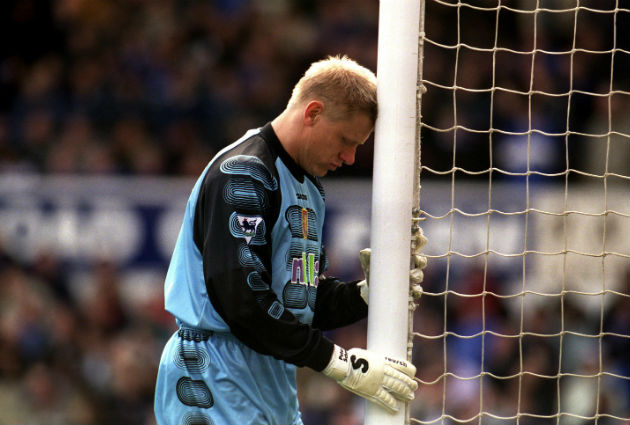 In light of the Remi Garde’s recent departure from the club, Schmeichel said he was shocked that Garde was allowed to take over at Villa during a period of turbulence.

“I’m shocked that you give a manager a job in a very difficult situation that he hasn’t put the club in and then you give him that little time to solve it?” Schmeichel told Sky Sports News.

“They should have done their due diligence and got it right back then.”

Garde failed to overturn the club’s perilous position in the league, winning just two games and leaving Villa 12 points from safety at the bottom of the Premier League.

Schmeichel believes that Sherwood would have been the right man to lead Villa out of trouble, and he was also scathing in his assessment of Villa’s treatment of managers, both past and present.

He said: “Tim Sherwood was well capable of getting Aston Villa out of trouble, but they didn’t think that and now they’ve gone down the route of sacking yet another manager and history proves that doesn’t help.”

“So, it’s a shock and then again no, because that’s the way football has been going for quite a while,” Schmeichel added.