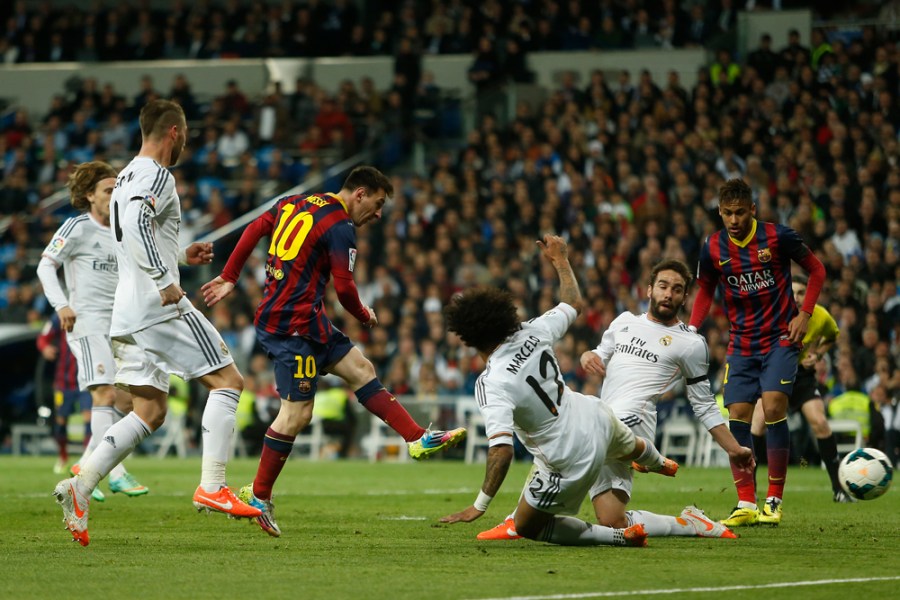 It was also the highest aggregate score since Barcelona won 6-2 at Real Madrid five years ago.

During 21 league games between the two clubs in the last 10 years, there has not been one single goalless draw.

Barcelona have won 11 of the games, Real Madrid six, while there have been four draws.

In yesterday’s encounter, Real Madrid wasted a great chance to take the lead as early as the seventh minute from the penalty spot, but Cristiano Ronaldo’s shot hit the post with Victor Valdes diving the wrong way. Barcelona capitalised almost immediately in the seventh minute following a 24-pass move that was finished by Andres Iniesta.

The home team hit back with two goals in four minutes from Karim Benzema, before Lionel Messi equalised just before half-time.

Cristiano Ronaldo then restored Real’s lead with a penalty on 55 minutes, but then the game changed when Sergio Ramos received a red card in the 63rd minute for a foul on Neymar in the penalty area.

Lionel Messi scored the resultant penalty to level the scores and then with six minutes left, fired another spot-kick high to Victor Valdes left to secure the points for Barcelona.

The win moved Gerardo Martino’s team to within a point of Carlo Ancelotti’s, albeit in third and second place respectively. Atletico Madrid still lead La Liga on goal difference in what is proving to be one of the most exciting and competitive seasons in Spain for many a year.

Highest-scoring “clasico’s” of the last decade: