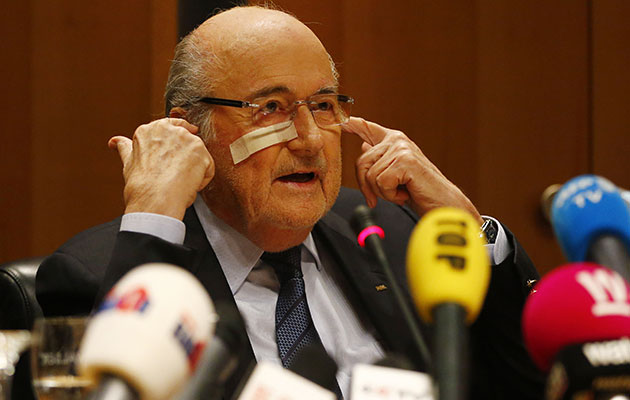 Blatter was handed an eight-year ban last month by Fifa’s ethics committee, which rejected charges of bribery and corruption, but banned the Swiss for lesser charges, including accepting or receiving gifts and conflicts of interest.

Blatter, who had been president of FIFA since 1998, will continue to be paid until a new president is elected on Feb. 26, the spokesman Andreas Bantel said.

“Until the election of a new president on February 26, Mr Blatter is the elected president and therefore – according to his contract – is entitled to receive his remuneration,” Bantel said.

By the time he is replaced Blatter will have been payed for a period of five months without doing any work for football’s governing body. In his absence, Fifa appointed Issa Hayatou as acting president.

Although Blatter has been receiving his regular salary he has been unable to collect any bonuses.

“The duty of supervision is listed explicitly in the target agreements for the payment of bonuses. The compensation committee has therefore decided, at its last meeting, not to make any further bonus payments to Mr. Blatter,” said Bantel.

Blatter has vowed to clear his name and host the election meeting in Zurich as a farewell to Fifa after being with the organisation for more than 40 years. To this end, he has taken his appeal to the Court for the Arbitration of Sport.