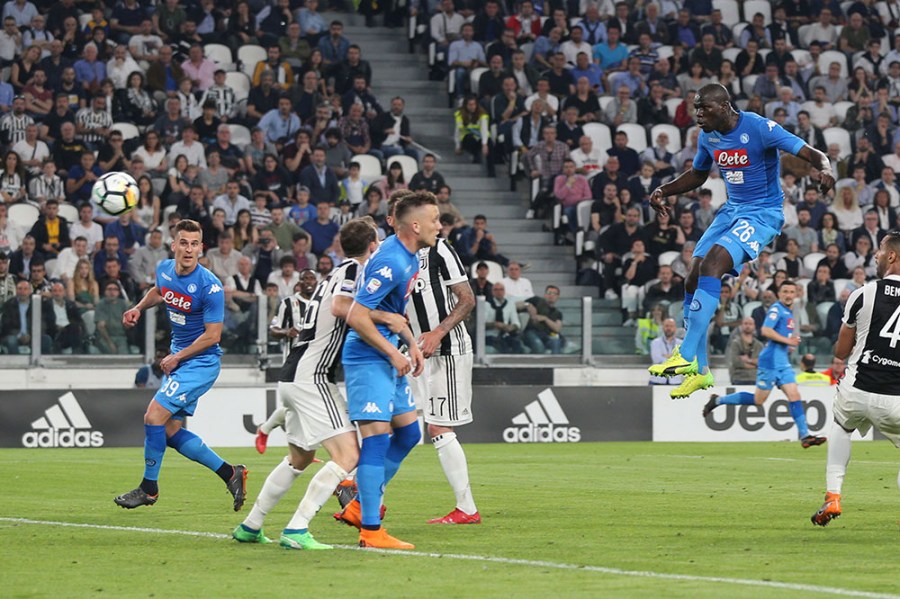 Paddy Agnew’s Notes from Italy: Serie A title race is back on

All of a sudden, the Serie A title race is on again. Napoli‘s dramatic 1-0 win over Juventus in Turin on Sunday night has reduced the gap between the two top clubs to just one point, with four games to play. In a dramatic week, Napoli have pulled back five points on the Old Lady who had been surprisingly held to a midweek 1-1 draw by relegation battlers Crotone.

For an hour and a half last Sunday night, Naples was a ghost town as the Neapolitan fans held their breath for what was in reality the last possible chance for Napoli to make a fight of it with Juventus. Within seconds of Napoli’s 90th minute victory, the streets were full of a horn-blaring, flag waving carousel which said one thing. Namely, the dream is still alive.

When they stopped their feverish celebrations, those less-informed fans probably had a quick glance at the fixture list. This would have provided happy reading for Neapolitan eyes. Between now and the end of the season, Juventus are away to Inter, home to Bologna, away to AS Roma and finally home to Verona, while Napoli are away to Fiorentina, home to Torino, away to Sampdoria and home to Crotone.

It requires no genius to conclude that Juve have the tougher run down to the finish. Of obvious difficulty are their two away games against Inter and Champions League semi-finalists Roma, two sides involved in a three way battle that also includes Lazio for two Champions League places next season. Napoli’s away games against Fiorentina and Sampdoria are no soft options either but, on paper at least, Juve clearly have the more difficult fixture list.

More important than the fixture list, though, will be the respective mindsets. Will Koulibaly‘s 90th minute winner convince the Napoli team that the Sporting Gods are back on their side? Is that same goal the proof that the long, hard season and, above all, that ill-fated last gasp loss to Real Madrid are beginning to hurt up in Turin?

What is certain is that, by their own high standards, Juventus were a strangely submissive team on Sunday night. The match statistics paint a clear picture. Possession was 61 per cent Napoli, 39 per cent Juventus. Napoli had four shots on goal, while Juventus had none. In other words, Juve’s Gigi Buffon had to make at least three serious saves, whilst Napoli’s Pepe Reina was a bystander.

For much of their recent history, Juventus have mastered the art of soaking up the pressure, exhausting their opponents and then finishing them off with a lethal finale. That appeared to be the game plan on Sunday. A strangely submissive, but intensely disciplined Juventus surrendered the initiative to Napoli, confident in the knowledge that even if they failed to strike on the counter, a draw would probably do the title winning business for them.

Until Jose Callejon knocked in his 90th minute corner kick, that plan, albeit with no small difficulty, seemed to have worked. The big question remains, however. How much was it a “plan” and how much was it due to the superiority of a Napoli side which stuck to its own attacking mantra, playing its own very respectable “tiki-taka” ad infinitem?

Even as the fireworks were exploding all over Naples, coach Maurizio Sarri was trying to keep cool, saying: “We gave them nothing, if not a couple of free kicks. Our win was a logical consequence of the way we played. Does that mean I think we will win the title now? So far, I have enjoyed myself. We have made our fantastic fans very happy but Juventus are still on top and almost nothing has changed.”

Sarri is right to maintain his cool but he knows better than anyone that the “almost nothing” that has changed is, in truth, “almost everything”. All eyes now on the San Siro next Saturday night when the “Derby D’Italia” takes on a “Do or Die” aspect. All eyes, too, on Florence next Sunday evening when Napoli will be called on to prove that they can stand the heat of this suddenly white-hot title battle, when they line up against Fiorentina.

And speaking of white hot battles, AS Roma’s 3-0 away win against Spal last Saturday seemed to suggest that the wind is fully in their sails and that they are ready for what will doubtless be a torrid night at Anfield on Tuesday when they face Liverpool in their Champions League semi-final, first leg. Coach Eusebio Di Francesco rested defender Alessandro Florenzi, midfielder Daniele De Rossi, Bosnian striker Edin Dzeko and Serb defender Aleksandar Kolarov but it mattered little. Roma powered their way past the relegation battlers who had come into the game on the back of an eight match unbeaten run that included a 0-0 home draw with Juventus.

All is set fair for Anfield and then for that Amacord revival of the 1984 Champions Cup final at the Olimpico. All still to play for…