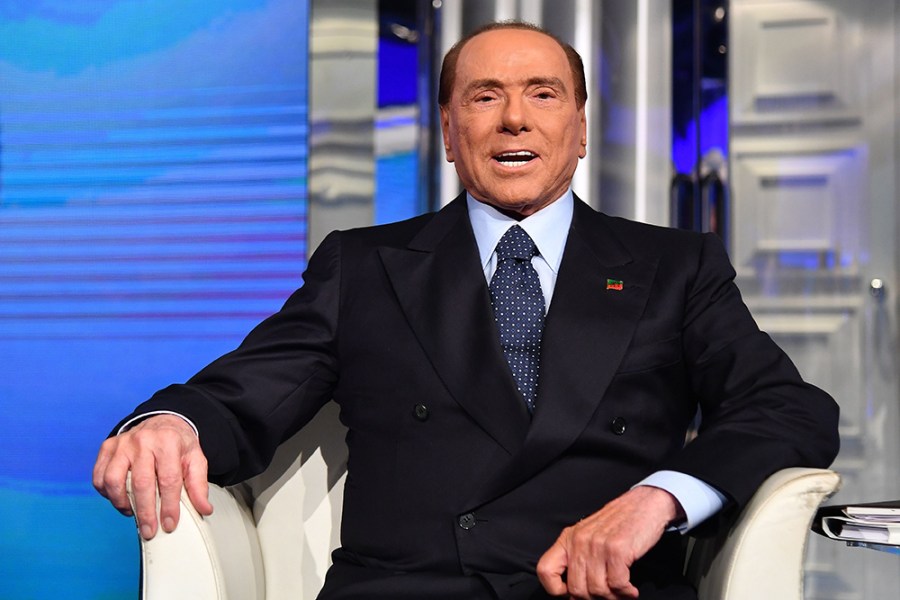 It was just like the old days. With an Italian General Election less than two months away, Silvio Berlusconi on Sunday took to the air waves to outline his Forza Italia party programme in view of the March 4th vote.

As so often in the past, the 81-year-old, three times former Italian Prime Minister did not limit his electoral sales pitch to the political issues of the day. Not surprisingly, Mr. Berlusconi found himself having to answer questions about his former football club, AC Milan, sold to Chinese entrepreneur, Li Yonghong, for €740 million euro last April.

The point is that last Saturday, Turin daily La Stampa initiated a furious polemic by reporting that AC Milan are currently being investigated (in Italy) for possible money laundering in relation to the sale of the club last spring. The news report was almost immediately denied by senior Milan public prosecutor, Francesco Greco, who said that, “at the moment”, there was no such enquiry ongoing in his office.

Mr. Berlusconi’s long time defence lawyer, Niccolò Ghedini, argued that Fake News was being used against his client in the context of a tight electoral contest. Even if Mr. Berlusconi himself is not running in these elections, given that he is currently banned from public office following a 2013 conviction for tax fraud, his Forza Italia party most definitely is a major player in this contest.

What is more, the most recent opinion polls suggest that Forza Italia could return an 18% plus vote, meaning that the party (or rather its leader) could become a key figure in the aftermath of a vote that seems likely to present us with a hung parliament.

Hence, Mr. Berlusconi is out on the campaign trail: “Every time we have elections and it looks like I am going be a winner, they invent all manner of things. This time, it’s a really big one that has already been stood down by the Milan Public Prosecutor’s office…” Mr. Berlusconi told “Domenica Live” presenter Barbara D’Urso during a Sunday chat programme on his own Canale 5 channel.

“Do you really think it is possible that if someone had funds overseas, he would try to bring them back into the country via a business deal that had generated millions of pages of newspaper coverage and hours of TV news reports?”

Mr. Berlusconi went on to reassure Milan fans that he had left the club in the safe hands of an entrepreneur who, so far, “has kept his side of the bargain”, making all the required payments, even splashing out €240 million on last summer’s transfer market. Despite Mr. Berlusconi’s reassurances, however, UEFA continue to monitor the club’s complex, overall situation. Remember last month, UEFA rejected Milan’s application for a “voluntary agreement” within the context of their Financial Fair Play regulations. In particular, UEFA confirmed that it had doubts over Milan’s ability to repay a €300m loan to US hedge fund Elliott Management by next October.

Ironically, after a miserable autumn which saw them drop down to 11th place in Serie A, Milan had a good Christmas/New Year. Firstly, they eliminated city rivals Inter from the Italian Cup whilst, secondly, they defeated Crotone 1-0 to win their first Serie A game of the New Year. New coach Gennaro Gattuso will doubtless hope that, after this current 10 day, mid-winter break, he can build on the regained club morale when Milan line out away to Cagliari next Sunday night.

Intriguingly, next weekend’s programme kicks off with league leaders Napoli away to the current giant killers, Atalanta, a side which over the Christmas period beat both AC Milan and AS Roma in away Serie A games, as well as eliminating Napoli from the Italian Cup. Are they in line for a repeat performance against the league leaders?

The other outstanding game comes on Sunday night when out of form Inter play host to a potentially even more out of form Roma. Inter took only two draws from their last three games (beaten by Sassuolo), whilst Roma did even worse, losing two and drawing one (beaten by Juventus and Atalanta). All of this would suggest that, in so doing, both teams have already waved goodbye to any title-winning pretensions and that at the San Siro on Sunday night they will be playing for those 3rd and 4th place Serie A finishes that mean Champions League qualification. In the respective circumstances, however, this has become a very “delicate” game.

As for the champions, Juventus, they are at home to Genoa. Even if Genoa were one of only four sides to beat Juventus in Serie A last season, winning 3-1 at home in November 2016, it is very hard to see them picking up points in Juve’s Allianz Stadium next Monday night. Currently six points clear of the relegation zone, Genoa have already had a change of coach this season, replacing Croat Ivan Juric with Davide Ballardini last November.

Given that second placed Juventus are just one point behind Napoli, they will be poised and ready to stage the “sorpasso”, were Napoli to either draw or lose away to Atalanta. Genoa could be in for a miserable night next Monday.