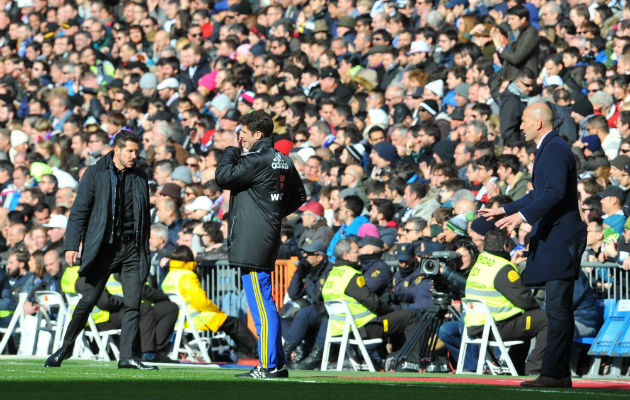 Zinedine Zidane has said that “Diego Simeone has everything” as a manager ahead of the Champions League clash between Real Madrid and Atletico Madrid on Saturday.

The two bosses have contrasting styles but Zidane has hailed his counterpart’s qualities and called him one of the best coaches in the world.

“Simeone has everything,” he said.

“He has everything a coach has to have but above all he knows his team, his players, very well and that’s the most important thing.

“Simeone is one of the best coaches in the world.”

Zidane has only lost twice during his coaching career at Los Blancos with a defeat 1-0 home defeat Atletico coming in February.

Despite this there have been significant signs of improvement and “Zizou” feels that he still has much to learn as a coach.

“I have a lot to learn still, but the desire I have to learn is tremendous so I am going to improve, for sure.

“There’s still a lot I need to do to be a great coach. An important coach.”