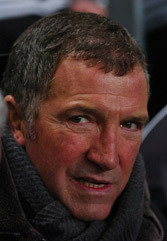 Graeme Souness has revealed that he is not in the running to become the next manager of Blackburn Rovers.

The former Rovers’ boss has been linked with a return to Ewood Park following the sacking of Paul Ince earlier this week.

“I don’t know anything and have had no contact at all from Blackburn Rovers,” Souness told the Lancashire Telegraph.

“It doesn’t surprise me to see my name in there but I’m not your man, I can definitely say that.”

Souness’ position means that former Bolton and Newcastle boss Sam Allardyce is now the strong favourite to land the post.

Allardyce, who has also been linked with the Sunderland job, is keen to get back into management and Blackburn chairman John Williams confirmed that he has a person in mind for the vacancy.

Williams said: “I do have an idea of who I want to come in and we will be working to try and make that happen over the next couple of days.

“Hopefully we will have someone in by the weekend but there are no guarantees, we have to make sure we get the right man now.

“You can’t underestimate how much of a boost a physical presence could have on Saturday for what is an absolutely mammoth game (against Stoke City).

“Everyone needs to know how big this game is as this is a time the club really has to come together.”