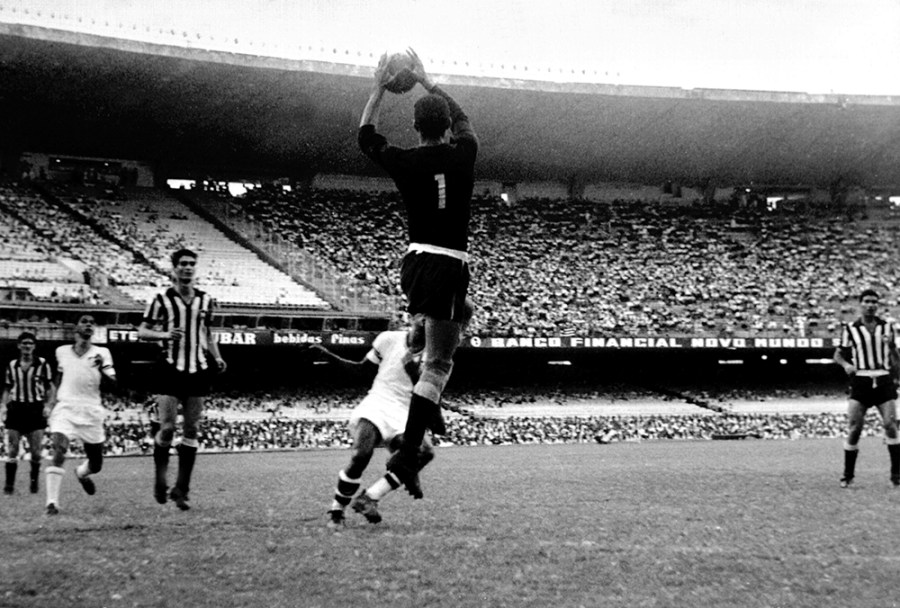 Fluminense against Botafogo is known as “the grand-dad classic”. The Rio clash has been played since 1905, making it the oldest of Brazil’s big derby games. The latest instalment was on Saturday – a dreary goalless draw played in the Maracana stadium in front of 7,126 paying customers – a figure boosted by curious tourists.

But this, officially, is not pre-season. This game took place in the second round of the Rio State Championships, which drags out until mid May before being instantly forgotten, giving way to the national league.

There were even grounds for thinking that Saturday’s game turned out to be better than expected.  Fluminense are in enormous financial problems, and have just ripped up the contracts of some of their senior players. The situation of Botafogo is a little better, but they are getting by on meagre resources.  The players are still nowhere near peak fitness, forced back into competitive action after a couple of weeks of pre-season training. And the game took place in sapping high summer heat. All the ingredients were in place, then, for a game which was almost as tiring to watch as it must have been to play.

And it gets worse. The next games these two famous teams will play are bound to attract considerably less interest than Saturday’s derby. In the third round Botafogo are at home to tiny Boavista, while Fluminense travel a few miles to meet Madureira, a team with an interesting past but, these days, with a very small support base.

So, instead of starting with the bang that its tradition warrants, the Brazilian season limps into half life, cluttered by meaningless matches. The big clubs play too often.  The small clubs do not play enough – many of them have little or nothing to do once they have been knocked out of their state championship, usually by mid-April.

The current organisation of the calendar would appear to suit no one – except the local state federations, who hold the balance of power inside the CBF, Brazil’s FA.

There is a giant question looming over the Brazilian game. The big clubs are forced into a structure which is not in their interests. They play meaningless, loss making matches, making it harder to attract good players. The current arrangement kills off the start of the national championship; a league needs a pause beforehand to start hot, and fulfil its potential. But there is no pause in Brazil. The State Championships come to a close less than a week before the league starts, greatly undermining any ‘big kick off’ effect. Why, then, do the big clubs stay put? Why do they choose not to break away and form their own league?

Perhaps part of the answer emerges in recent figures, showing that Brazilian football sold a total of 1630 players abroad last year – an 18 per cent increase on the previous year.

The sad truth about Brazilian football is that it has become an export industry – and this has distorted the priorities of those involved.

Youngsters these days dream of a move abroad. This is often encouraged by their families, imagining all the money that could be coming their way. Agents are looking to profit from the deals.  And the clubs are often desperate to sell. They need to make some sales to balance the books, or to pay off the wage bill from two month’s back.

There are opportunities for people to make money from licit means, and from illicit. Undeniably, the preservation of the status quo works in the interests of the unscrupulous. As long as Brazilian football is badly organised, it is operating well below its financial potential. And as long as it is operating well below its financial potential, clubs will need to sell players. And as long as clubs need to sell players, there is a chance for those on the inside to take a cut.