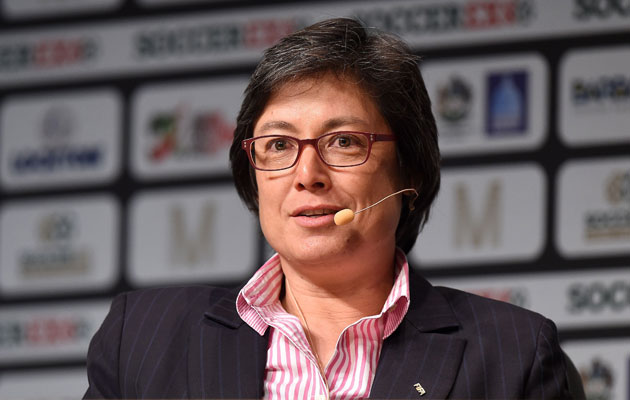 Just as football prepares to celebrate the Women’s World Cup so the Asian confederation is proposing a significant step backwards for not only the women’s game but women’s sport across the most populous region of the world.

The role of AFC female vice-president, currently held by Australian Moya Dodd, will be scrapped from May under structural changes being put to an extraordinary congress on January 9.

In a further apparent snub to Dodd, Australian football and the women’s game in general, the congress is being staged in her own backyard of Melbourne on the eve of the Asian Cup.

Sheikh Salman Ebrahim Al Khalifa, president of the AFC, has presumably run the consequences past both his mentor, Sheikh Ahmad Al-Fahad Al-Sabah, Kuwaiti president of the Olympic council of Asia, as well as FIFA president Sepp Blatter.

That such a reactionary, chauvinistic idea has progressed this far sparks questions about the true commitment of both men – colleagues on the International Olympic Commitee – to the empowerment of women in sport in general, never mind football?

The answer, surely, lies in the question.

Here is a proposal which runs directly counter to the progressive sports-expansion philosophy evinced in practical proposals being put to the IOC this week in Monaco by Thomas Bach, president of the IOC. Football has not only been outflanked by the IOC but is in danger of being left looking positively prehistoric (and that, by comparison with the IOC, is some feat).

If Blatter fails to lean on Sheikh Salman, even this late in the day, then it will demonstrate both FIFA’s continuing impotence in terms of Asian football politics (remember the Bin Hammam years?) as well as his own equivocation, exposing his words of encouragement for the women’s game as mere rhetoric.

The structural changes proposed by Sheikh Salman would involve creating a fifth region within the Asian confederation. It is larded with the sop of five guaranteed places for women on the 25-strong AFC executive committee (one from each region) compared with the current minimum quota of three.

However removing the post of female vice-president, and the status that represents, speaks brazenly and insultingly about the real attitude of the Asian game’s leadership to women’s football.

Downgrading Dodd’s role within the Asian game may also weaken the possibility of her being co-opted next May for a further year on the FIFA executive committee (Dark suspicions lurk that the AFC wants to bargain Dodd’s co-opted role at FIFA against an extra permanent Asian seat on the world federation’s governing body).

Dodd did not endear herself to some sections of the Middle East lobby last year by travelling to Tehran and fulminating against the prohibitions in some countries (such as host Iran) on women’s freedom to attend men’s football matches. Good for her. She deserved promotion not relegation.

FIFA-watchers will consider it no coincidence that she and Prince Ali of Jordan – who has also come under sustained attack from Sheikh Salman – are reformist members of not only the Asian confederation but also of the FIFA executive committee.

Earlier this year Sheikh Salman won overwhelming AFC support for his move to incorporate the Asian FIFA vice-presidency into his own presidential role; this effectively placed Prince Ali in danger of vanishing altogether from the executive committees of both the AFC and FIFA.

If Prince Ali wishes to fight on he has one of three options next spring: 1, challenge Sheikh Salman for the AFC presidency; or 2, pursue an ‘ordinary’ Asian FIFA delegate seat; or 3, challenge Blatter for the FIFA presidency itself.

At least he has the honourable option of going down fighting.

As for women in football, the latest twist within the AFC signals a retreat from the real world.

Inevitably this would reflect badly on FIFA at a time when it is under attack for the confidentiality chaos over the investigation into the awards of the 2018-2022 World Cups to Russia and Qatar (an Asian federation member, of course).

Does FIFA need this? Surely not. Does FIFA care? Hmm.

Cynics will say there are not enough votes in women’s sport (or women’s football) to matter.

But this is not the only panic-fuelled retreat from transparency in the offing at FIFA (watch this space).

Just as the Olympic movement is striving to move forward so world football’s leaders (including several senior IOC members) appear to be running backwards at an increasingly dizzying speed.