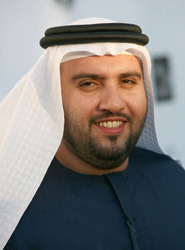 Scotland and Macedonia face off in a crucial World Cup qualifier and Simon Hopper has a strong tip to share – see his top bet here.

Portsmouth chief executive Peter Storrie has admitted that the club came close to going into administration prior to its recent takeover.

After weeks of uncertainty at the club, the takeover by Sulaiman Al Fahim was finally completed last week.

However, Storrie admits the club had been in a precarious position as they attempted to balance the books after living “way outside our means”.

“On a couple of occasions it (going into administration) got very close,” Storrie said.

“It’s something I was personally fighting very heavily against but at the end of the day you can only ask people so many times to give you a little longer to pay things.

“Some of the football clubs and the revenue and agents were being absolutely fantastic and doing a lot of it on my name really and saying ‘okay, we’ll do it for you Peter’.

“They were being very, very understanding but even they, rightly so, were getting to the point of saying ‘how many more times can we do this?’

“I really do want to say a big ‘thank you’ to all those people helped us so much to get into this position so we’re now going forward.”

Scotland and Macedonia face off in a crucial World Cup qualifier and Simon Hopper has a strong tip to share – see his top bet here.