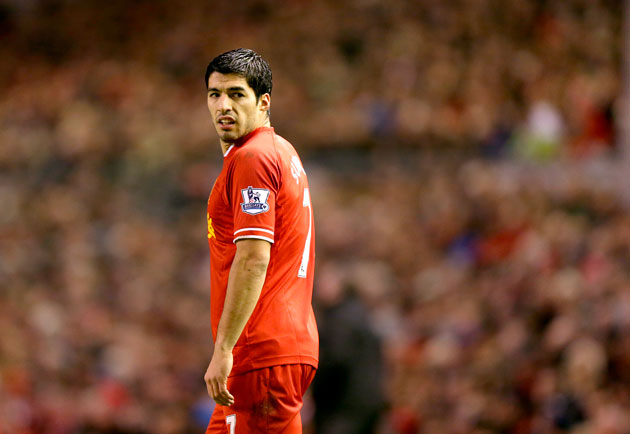 Rarely out of the headlines, Luis Suarez was earmarked for greatness from a young age.

World Soccer’s current cover star, Luis Suarez, has come a long way – in every sense – from the his humble beginnings with Uruguay’s Nacional.

You can now chart his risde along with dozens of other players who played in Holland courtesy of an amazing Dutch-based Panini-inspired blog pairing the current sticker of a player with one taken as a child. The stickers of Suarez, come from the 2010-11 season, shortly before his move to Liverpool, when he was banging in the goals for Ajax.

Take a look at the youthful Suarez and others who were plying their trade in Holland that season.

The description of the Liverpool striker says: “Luis Alberto Suarez Diaz lived with his five brothers and sisters, his grandmother and his mother in a small house in Montevideo, Uruguay. Mother Sandra worked hard, not only to feed all the mouths, but also to wash each evening the muddy football clothes of the child. According to his coach at Nacional, Ricardo Perdomo, Luis scored 64 goals in one season”.

You can read more about the controversial striker in the February 2014 issue of World Soccer. Every game, every goal, every red card and every biting incident are chronicled in our unique player profile of football’s latest bete noir.

Here’s a compilation of the forward’s best moments at Ajax.