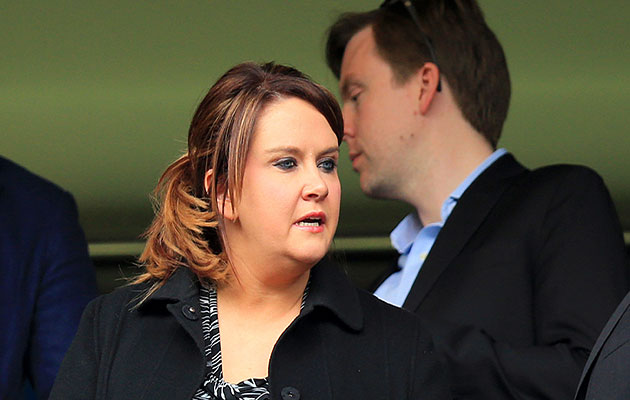 Margaret Byrne has resigned as Sunderland’s chief executive with immediate effect as a result of her role in the Adam Johnson affair.

Byrne’s role had come under intense scrutiny after Johnson pleaded guilty to grooming a 15-year-old girl and one charge of sexual activity.

The club initially suspended Johnson in March 2015 but lifted that ban after just 16 days. In the intervening 10 months, he played 28 times for Sunderland and is reported to have been paid £3million for his services.

Byrne said in a statement: “Contrary to what has been suggested, I did not understand that Mr Johnson intended to change his plea at trial or at all.

“I was astounded when he did plead guilty.

“I accept that Mr Johnson should not have been permitted to play again, irrespective of what he was going to plead.

“It was a serious error of judgement and I accept full responsibility for this.”

Sunderland issued a statement in which they acknowledged they should have acted sooner and apologised to the victim and her family for letting them down.

“The board of Sunderland AFC has today accepted the resignation of Margaret Byrne,” read a club statement.

“Margaret, in her role as CEO, was responsible for the running of the club. She was also accountable for the actions taken by the club in relation to Mr Johnson. Sunderland AFC acknowledges that Margaret’s intentions have always been to act in the best interests of the club, however it has become clear through our own internal investigations that in this instance decisions have been taken by Margaret in error.

“Whilst swift and decisive action was taken to terminate Mr Johnson’s employment upon his guilty plea, decisions taken prior to this, including the decision not to suspend him for a second time pending the outcome of the trial, were wrong. In light of what has been acknowledged by Margaret as a serious error of judgment on her part, we have undertaken a full review of the club’s decision-making processes to ensure that there can be no such mistakes in the future.

“Throughout this deeply regretful situation, we recognise that one devoted young fan and her family have been very badly let down, first and foremost by Mr Johnson and his despicable actions, but also by the club they support. We are so very sorry for this.

“Mr Johnson lied to the club; he also lied to our fans and they have every right to feel aggrieved by this. Lessons have been learned and we hope that the club and its fans can move forward from this together.”