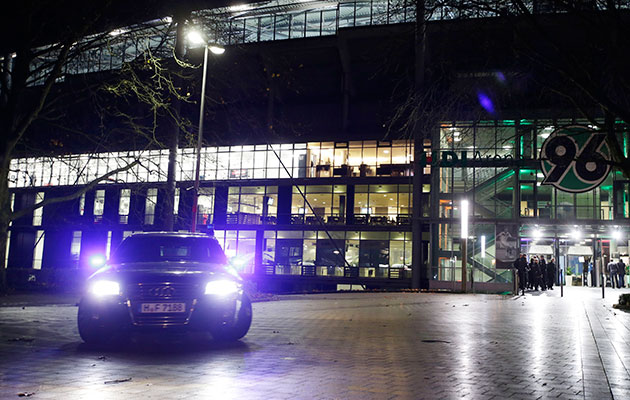 Three footballers with Bundesliga outfit Hannover 96 have been arrested this week after attempting to rob a German casino.

According to a report published by Bild, the trio had been en route to the casino armed with balaclavas, air pistols and a car equipped with fake license plates before dgetting cold feet at the last minute.

However, after the aborted robbery, their car was pulled over and searched by local police who had spotted their unmarked registration plates.

“In addition to a possible attempted robbery charge, the trio also have forged documents and vehicle registration plate theft to answer to, as the vehicle they used had stolen plates attached”, said police spokesman Gabriela Mielke in a statement issued to the press.

The three players involved have remained anonymous, but it has been confirmed that they are registered to Hannover 96 and have played for the club’s Under 19 team.

Hannover 96, currently struggling near the foot of the German top flight, made the following comment via club spokesman Christian Boenig regarding the incident:

“We condemn this as a club; it has nothing to do with the moral principles of Hannover 96. We cannot tolerate such behaviour.”

Police are continuing with their investigation into the incident.