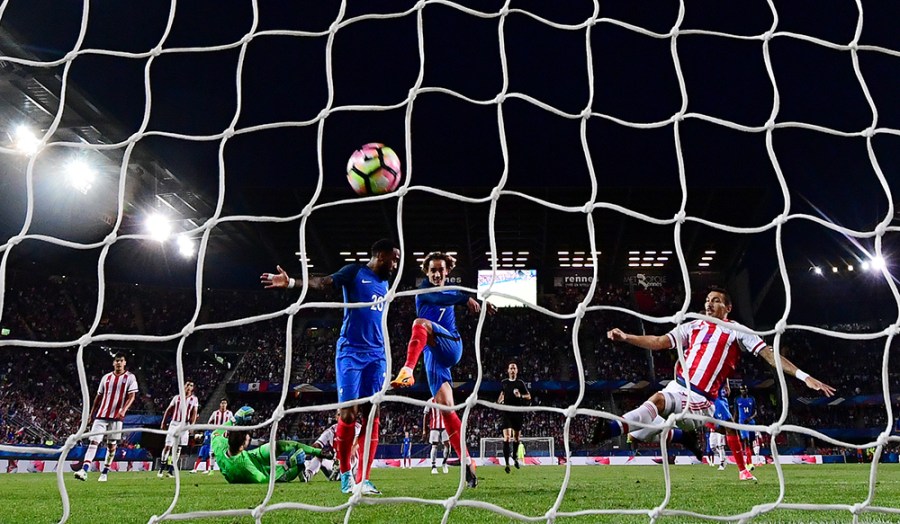 Internationals friendlies have become a distinctly unreliable guide, far removed from the genuine competitive article to draw too many hard conclusions.  Even so, the 5-0 drubbing that France handed Paraguay last Friday should make South America sit up and pay attention – including, and perhaps especially, Brazil.

With eight consecutive victories under coach Tite, Brazil swiftly transformed an unpromising situation in World Cup qualification into a victory procession.  The last of those wins, the one that sealed the place in Russia with four rounds to spare, came against Paraguay just over two months ago. It was a comfortable 3-0 win, achieved in style. Suddenly, the public have flocked back. TV ratings for the team’s last qualifiers have been exceptional. In a difficult political climate, Tite and his men are giving millions the feeling that they are being represented.  And after such a superb sequence – eight wins, 25 goals scored, two conceded – some in the Brazilian media have proclaimed the team as World Cup favourites.

The transformation of the team since the sacking of Dunga has indeed been highly impressive.  But there are two points that need to be made.

The first is that, Brazil aside, the current crop of South American teams looks like the worst for some time.  Colombia have moved up to second – but in 14 games they have used an extraordinary 41 players, without having changed their coach. This, surely, is evidence that Jose Pekerman is struggling to find a blend. Uruguay in third look to play within their limitations, and have now started shipping goals at an alarming rate. Fourth-placed Chile have been inconsistent, Argentina in fifth are in such a mess that they are now on their third coach of the campaign and sixth-placed Ecuador are dependent on a small group of stars, too many of whom have lost form or fitness at the same time.

Then come Peru and Paraguay.  In Sao Paulo at the end of last March the Paraguayans looked comfortable for the first half hour, and it took an exceptional Brazilian goal, with both teamwork and individual brilliance, to open the deadlock.

On Friday in Paris, though, France looked as if they could score at will – which underlines the second point. If the South American sides in general do not look strong, the opposite applies to the best European teams. Western Europe has dominated recent World Cups, providing five of the last six finalists, and the French display on Friday showed where the bar will be set next year. France attacked and defended as a compact unit, overwhelming the Paraguayans in the first few minutes with the sheer number of options in the final third of the field – and phases of intense attacking play were interspersed when the team dropped deeper and took the heat out of the game. In full flow they offered a collective threat greater than anything the Paraguayans have had to face in World Cup qualification.

Brazil coach Tite, meanwhile, is not getting carried away with the talk of an easy time in Russia next year. If anything, he seems haunted by the effect the same feeling had on Luiz Felipe Scolari’s side four years ago; after Brazil had beaten Spain 3-0 in the final of the Confederations Cup Scolari and his staff believed that the hard part had been done. They had found their team – hence the bizarre view, expressed by the vastly experienced, then national team co-ordinator, Carlos Alberto Parreira, that when the squad assembled before the 2014 World Cup they already had one hand on the trophy. Indeed, the story of Brazil’s 2014 World Cup campaign is largely one of confidence draining away – at first slowly and then with alarming speed – when confronted with reality.

This time, then, there is no chance of Brazil settling on a starting line up a year in advance.  Competition for places has to be encouraged – hence the fact that Brazil face Argentina and Australia in the next few days with a squad that contains just four regular starters – the Chinese based midfield pair of Renato Augusto and Paulinho, Gabriel Jesus, who needs some games after his injury lay-off and, intriguingly, Philippe Coutinho.  So there is rest for some, and opportunity for others, as Brazil seek to prepare to overcome the French, and the best that Western Europe can throw at them, when it matters just over a year from now.