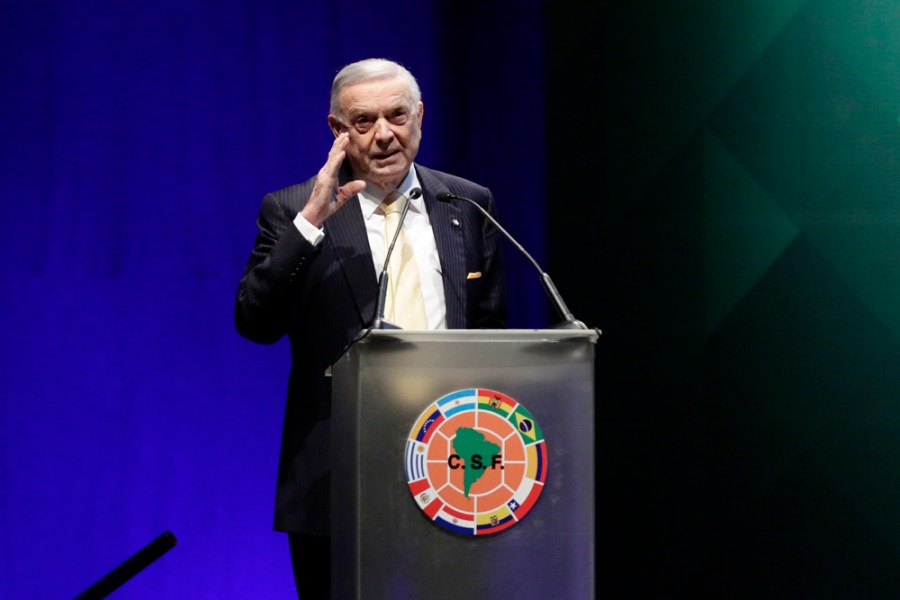 Until last Thursday morning the headquarters of the CBF, Brazil’s FA, was named after Jose Maria Marin, the organisation’s former president. The letters were hurriedly removed from the front of the building after Marin was one of those arrested in Switzerland as part of the FBI investigation – which has kick-started a series of developments in Brazil.

The Federal Police are looking into the affairs of the CBF, who will also fall under the scrutiny of a Commission of Inquiry in Brazil’s Congress, which former great turned rebel politician Romario has been pushing for in recent months. Marin’s successor, Marco Polo del Nero, did not even stay in Switzerland for the FIFA presidential election, instead scurrying back to Brazil to take charge of the CBF’s defence.

It is fair to assume that some football officials are now regretting the strenuous efforts they made to bring the US into the global game. They saw opportunities for growth and profit – but have also, as last week’s extraordinary events made clear, brought into the tent a legal system with powerful international reach and low tolerance for white collar crime.

The ranks of the regretful probably include Jose Hawilla, whose Traffic sports marketing company grew to become key players in the South American market.  Traffic brokered deals between the CBF and US-based companies such as Nike and Coca Cola, and bought the rights to most international competitions in South America. Hawilla has pleaded guilty in the US investigation, and has agreed to pay back around £98 million.

This huge sum shows just how profitable this line of business has been over recent decades. It is interesting that the US investigation stretches back to 1991; in the subsequent 24 years the game has become more popular worldwide and the cable TV business has exploded – more people are interested in the spectacle and there is a profitable means of supplying it to them.

The US investigation would seem to be focusing on this interface between confederation and national association leaders and those involved in the intermediation of TV and advertising rights. Growth, new frontiers, inadequate transparency and regulation – it looks like a Wild West era in football, which may now have come to an end with the arrival of the lawman.

Not at an end but shaken is the coalition which has been so important in FIFA elections over the past 41 years. In 1974 Brazil’s Joao Havelange took advantage of hideously short sighted European stewardship of the game by putting together a block to unseat Sir Stanley Rous as FIFA president. He started from South America, and added Africa and Asia – and that block stayed loyal to him until 1998, and then to his hand picked successor Sepp Blatter.

The coalition was still strong enough to re-elect Blatter for yet another term last Friday. But there was something of a rebellion in South America, where Chile and Uruguay staged a late campaign in favour of switching the continent’s support to the opposing candidate, Prince Ali. They did not carry all of the continent – Brazil and Ecuador, and maybe a couple of others stuck with Blatter. And with a total of only 10 votes – fewer even than Oceania – the Conmebol position is of limited political significance (which also explains why it does not receive the same FIFA attention as Africa and Asia).

Nevertheless, the desertion of a significant part of the continent is a historical moment.

There was a historic moment for little Guarani of Paraguay in the Libertadores Cup. With the veteran Julio Cesar Caceres once more superb at the heart of their back three they kept another clean sheet – their fourth in a row – as they eliminated their second consecutive giant.  After beating Corinthians of Brazil 3-0 on aggregate they held Racing of Argentina to a gripping goalless draw to go through 1-0.

Their semi-final opponents will also come from Argentina. River Plate, who had lost the first leg 1-0 at home, produced the performance of the week to beat Cruzeiro of Brazil 3-0. It is a result which could bring to an end the cycle of Marcelo Oliveira as Cruzeiro coach. His side have won the last two domestic titles, but both this year and last they have disappointed in the Libertadores.

The other semi-final will be between Tigres of Mexico and Internacional of Brazil, both of whom qualified in similar circumstances. A goal down from the away leg, they battled their way through at home, scoring late to win 2-0.

The semi-finals will not kick off until mid-July, with the Libertadores now pausing for the Copa America.

Something similar may happen next year, with the special Centenary Copa America planned for June 2016 in the United States. With the TV contracts under investigation, though, this competition may now be in doubt – an illustration of the uncertainty hanging over world football after the remarkable events of last week.