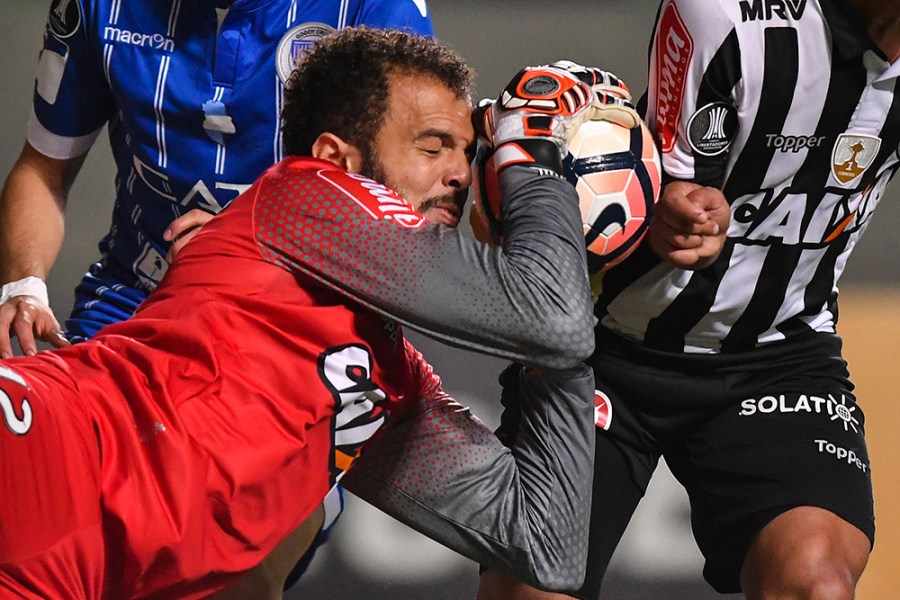 A Bolivian club had never knocked out Brazilian opposition in the Libertadores Cup – until Wednesday when Jorge Wistermann eliminated Atletico Mineiro.

It is a staggering achievement. Wilstermann are not even one of Bolivia’s traditional powers, while Atletico were the last Brazilian club to win the title. But the outcome, 1-0 on aggregate, had more to do with Atletico’s shortcomings than it did with a great Wilstermann performance.

The Bolivians won by the only goal at the altitude of Cochabamba in last month’s first leg, and held on for a goalless draw last week in Belo Horizonte, where, to be fair, they rarely crossed the half way line.

The pattern in the group phase was for them to win all their home games and lose every time they were away. The second part of the pattern did not repeat this time, which beggars belief.  Just one Atletico player, international midfielder Elias for example, reportedly earns more than the entire Wilstermann squad combined. In addition to him, Atletico fielded World Cup centre forward Fred, who some have been championing for a recall to the national team, Rafael Carioca, another midfielder who has recently been in the national squad, and Ecuadorian playmaker Juan Cazares, with Robinho and the Venezuelan international attacking midfielder Romulo Otero coming off the bench. It is all but inconceivable that such a collection of talent could not manage a single goal in 180 minutes, and especially the second 90, against a team which had been unable to keep a clean sheet in the six matches of their group phase.

The always wise Tostao accused them of playing “outdated football, of indecent haste and excessive crosses into the area” – words which he also applied to reigning domestic champions Palmeiras, who were knocked out on penalties after a 1-1 aggregate draw with Barcelona of Ecuador.  Over the two legs it was hard to dispute that Barcelona had been the better side. Away from home the Ecuadorian counter-attack was always a threat, while in Guayaquil last month Palmeiras were alarmingly unambitious, and last Wednesday they created very little in front of their own fans.

Falling before the quarter final stage came as a massive blow to a club which had gone into the tournament seeing themselves as favourites. Indeed, early in the year Palmeiras fans were keenly debating which European team they would rather face in the final of the Club World Cup. With an impressive new stadium a domestic league title, a wealthy sponsor and a deep squad, the dream seemed realistic.

But, like Atletico, they were let down by the lack of any clear idea of play. Palmeiras succumbed to the ill thought out, heads down, individual forward charges that have become all too prevalent in Brazilian football.

Both clubs have surely been undermined by recent coaching changes. Atletico sacked the promising Roger Machado after a disappointing start to the domestic league, leaving replacement Rogerio Micale with no time to stamp his imprint on the side. And the case of Palmeiras is even more bizarre. Cuca stepped down at the end of last year after winning the league. Newcomer Eduardo Baptista was given plenty of money to build a different side, but was sacked in early May. Cuca then returned and decided he could do without some of Baptista’s big-name, expensive re-enforcements. Former World Cup midfielder Felipe Melo was effectively kicked out of the club. Colombian centre-forward Miguel Borja, a sensation for winners Atletico Nacional in last year’s Libertadores, had been bought in for over £8 million, a huge sum for a Brazilian side. He languished on the bench for the entire second leg.

Instability off the pitch and a poverty of ideas on it – part of the explanation for the undeniable fact that Brazilian clubs in recent years have been punching so far under their weight in the Libertadores.