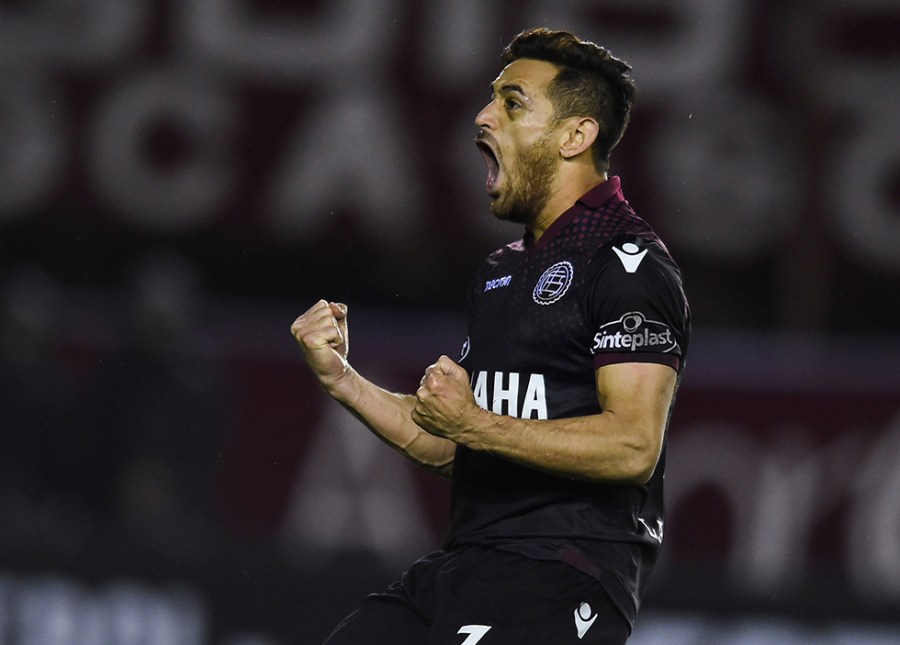 Messi, of course, is still searching for his first senior title with Argentina. He won the Under-20 World Cup in 2005, but his greatest triumph in the colours of his country was the gold medal in 2008 Olympics. But without Acosta, Messi and Argentina would not have been in Beijing to take part in the competition.

South America had two slots in the 2008 Games. Both were up for grabs in the continental Under-20 Championships, held in Paraguay at the start of the previous year. Brazil won the tournament, grabbing one of the places. The other was decided in the final game. Uruguay only needed a draw. Argentina had to win. Uruguay, featuring Edinson Cavani and Martin Caceres, were the better side. But they chose not to run the risk of over-committing to attack. They sat back, and paid the price. Right at the end of the game they failed to pick up Acosta at a corner – given his lack of height, not, on the face of it, a huge blunder. But Acosta rose to head home the vital goal – and Argentina were on their way to China.

This Wednesday Acosta has another key role to play in the biggest game his club have ever played. He came up the youth ranks with Lanus, and after spells in Spain with Sevilla and Racing Santander, via a brief stay at Boca Juniors, he made his return in 2013. Since then his wingplay has been an important part of the success story of a neighbourhood club from a southern suburb of Buenos Aires – who now have a chance to become continental champions.

Trailing 1-0 from the first leg of the final against Gremio of Brazil, Lanus now need to go in search of victory in front of their own fans. Gremio are worthy favourites – on their way to the decider they won more games than their rivals, scoring more goals and conceding fewer. Lanus, though, have shown they are not to be underestimated. Against River Plate in the semi final they also lost the away leg by a single goal. The following week they were two goals down, and needed four to qualify. They got them all – and little Acosta came up big once more. He helped set up the first two goals for veteran centre-forward Jose Sand, and he got into the six yard box to score the third.

As Acosta plays, so do Lanus. Away to strong opponents, he and Alejandro Silva, the Uruguayan who plays on the other flank, funnel back in midfield. A theoretical 4-3-3 becomes a 4-5-1, and Sand is left isolated up front. This was the story of last week’s first leg.

But at home, or when they are chasing the game, Acosta and Silva are genuine attacking wingers – a role that they filled to such great effect in that epic comeback against River Plate, when they ended up winning 4-2 and booking their place in the final.

But, of course, when they push up, space inevitably opens up behind them – space that Gremio are well equipped to exploit, with Arthur and Luan commanding an attractive passing game, or with full-backs Edilson and Bruno Cortes ready to launch forward bursts.

The ingredients are on the table, then, for an open game, rather than the tight and occasionally spiteful contest of last week. And if scores are level going into the last minute and Lanus force a corner, then Gremio would be unwise to overlook the little figure of Lautaro Acosta when they organise their defensive marking.