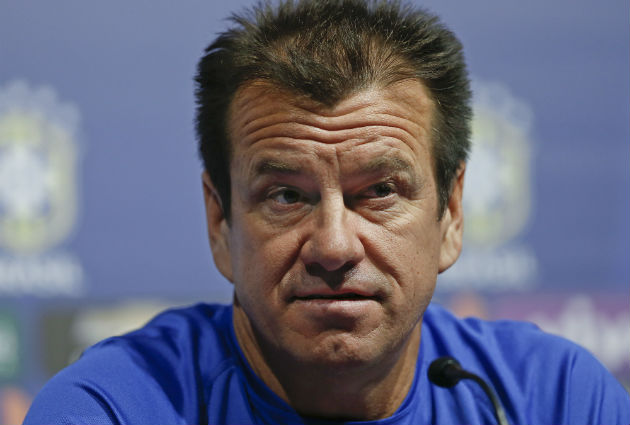 A third of the way into the marathon, South America’s World Cup qualification campaign has now unseated another coach. Chile’s Jorge Sampaoli controversially resigned at the start of the year, and after his successor Juan Antonio Pizzi took the Chileans to a 4-1 win away to Venezuela last Tuesday, the losers, rooted to the bottom of the table, responded by firing Noel Sanvincente. Former international goalkeeper Rafael Dudamel steps in.

Who, then, will be the next to go? The clear favourite would seem to be Dunga, whose Brazil side are down in 6th position after 2-2 draws at home to Uruguay and away to Paraguay. A strange and unpopular choice to return for a second spell in charge after the last World Cup, Dunga shored up his early prestige by winning a series of friendlies, taking all of them as seriously as a World Cup Final. But once the competitive games began, his team’s limitations have been exposed.

The coach, meanwhile, has done himself few favours with his heavy handed treatment of some key players.  Goalkeeper Jefferson was dropped from the team and then left out of the squad altogether after the opening day defeat to Chile, which struck many as a blatant piece of scapegoating. And then there is the case of Thiago Silva. Dunga may well be correct in his verdict that the PSG man lacks the leadership qualities to be the team captain. But it seems bizarre indeed that there is no place in the squad for a player widely rated among the world’s greatest centre backs. 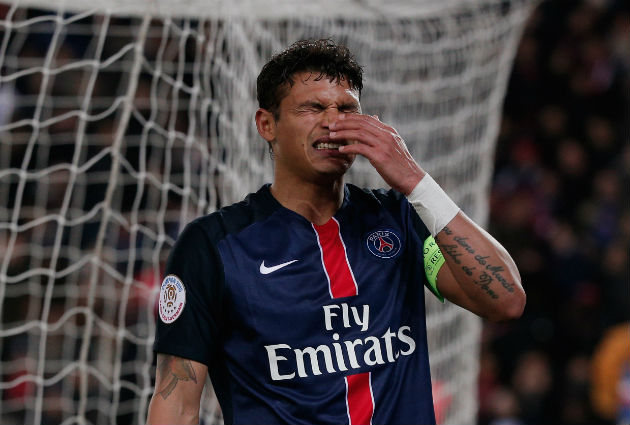 There is no place in Dunga’s squad for Thiago Silva; widely regarded as one of the world’s best centre backs

Dunga, though, has stuck by Thiago Silva’s club-mate David Luiz, a decision which looks especially indefensible in the light of the performance against Uruguay, where David Luiz was a defensive liability.

And there are new rumours of strained relations with Neymar, Dunga’s choice of captain, whose petulant side was once more on show against Uruguay, where he picked up a booking that forced him to miss the trip to Paraguay. Of the campaign’s six games, Neymar has missed half through suspension – and the team are worryingly dependent on his moments of individual brilliance.

“For decades,” wrote the always authoritative Tostao on Sunday, “the national team and Brazilian club sides, with some exceptions, have been unable to play collectively. Dunga is not responsible for this, but he has done nothing to help the national team evolve. It is time for him to go, as long as he is replaced by Tite” – the Corinthians coach who was bafflingly overlooked after the last World Cup.

Tite would be the overwhelmingly popular choice to take over. But when would he be available?  Corinthians are in the Copa Libertadores – should they reach the final then, assuming that he cannot be enticed to jump ship immediately, he would not be free until the end of July.

By then, Brazil will have played the Copa America and will be in advanced stages of preparation for the Olympic tournament. Dunga was originally only going to be in charge for the first of these tournaments.  But last year Brazil sacked youth supremo Alexandre Gallo, and Dunga jumped at the chance to have a crack at the Olympic gold medal – the only title within their reach that Brazil have never won. An Olympic triumph on home soil will do wonders for the prestige of the man in charge.

So will there be an immediate change? Might Tite be brought in at the last minute? Or can Dunga cling on, ride out the current storm and win a chance at Olympic immortality?