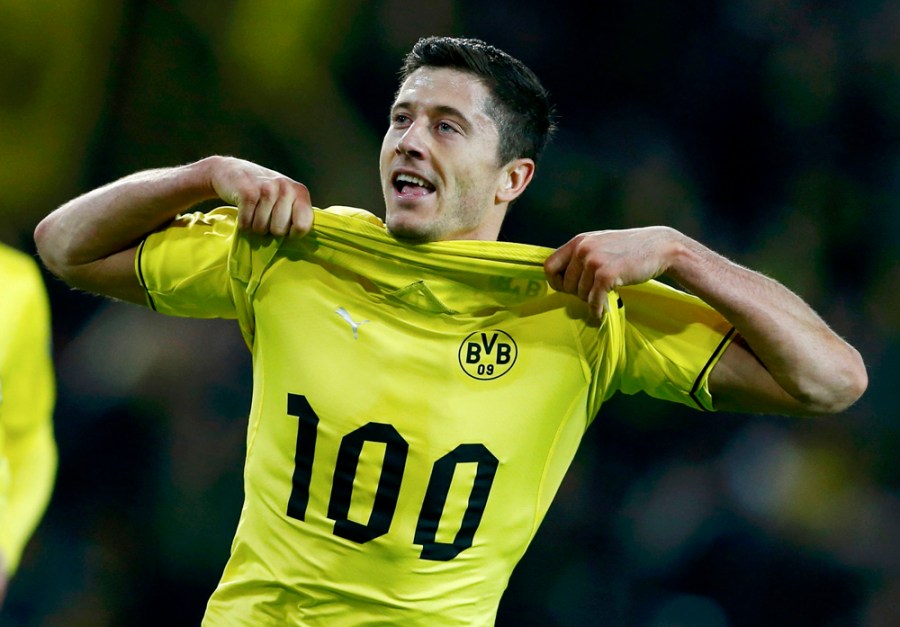 Henryk Mkhitaryan had given Dortmund the lead in the 14th minute, before Lewandowski chalked up his ton for the club just before half-time.

With Jurgen Klopp’s team having seen their Bundesliga and Champions League hopes snuffed out, the German Cup is their only chance of a trophy this season, and for Lewandowski, who leaves the club at the end of the campaign, it is likely to be his last game and certainly his last chance of leaving Dortmund on a high with some silverware.

However, he could be facing his new employers in the final, as Bayern Munich play second division Kaiserslautern in the other semi-final.

If they were to meet in the final, Dortmund fans will be hoping for a repeat performance of the last time the two sides met in the Cup Final, in 2012. Borussia Dortmund beat Bayern 5-2 and Lewandowski scored a hat trick.