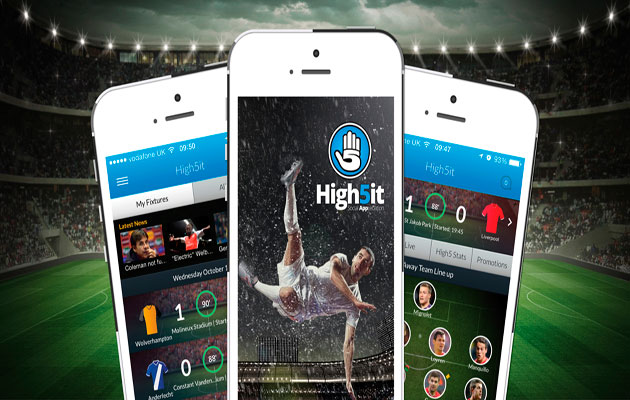 Moreover, the survey shows that nearly half (46%) of fans believe too many footballers use social media to boast about their wealth and lifestyle.

And tellingly, half of respondents (50 per cent) believe that increased access to footballers via social media has not improved the relationship between players and fans.

In addition, over half (51 per cent) of the respondents believe social media abuse has a negative impact on a player’s performance.

On the pitch, the study revealed feigning injury (83 per cent), diving (81 per cent) and not giving 100% effort (61 per cent) were the biggest annoyances for football fans when watching a game.

The survey highlighted how this disaffection may be turning families away from the game, with nearly a third (32 per cent) of fans believing that negative player behaviour meant fewer games are being attended or watched by families and children.

“Football fans are the lifeblood of our sport and the experience for us players wouldn’t be the same without their passion and support which fills stadiums across the country every week. However, this study highlights how the current player-fan relationship needs to improve and in the age of social media, the High5it app will show the true voice of fans, giving them the chance to spread positivity, appreciate great play from across the leagues and celebrate players who are getting their pulses racing.”

Kevin Miles, chief executive of the FSF, said: “Football is the world’s greatest sport and can be a tremendous force for good. Of course the same passion that drives that unifying power can occasionally spill over into something less gratifying. Thanks to social media top-level players and fans have more contact than ever before. We hope in time that builds towards greater understanding and respect on both sides.”

The survey of over 1,000 fans, marks the debut of new mobile football App High5it. 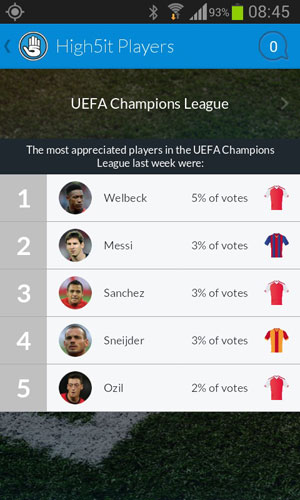 The App will enable fans to interact and appreciate great play from any English League or Cup game, as well as all Europa League and Champions League games involving English clubs, by simply tapping on a player in the live match screen.

Using live match data, the High5it App provide users with unique weekly fan appreciation statistics including the most appreciated players from each individual match, team, league and competition, along with a secure instant messaging service, live match commentary and scores and a personalisation function so users can bookmark their favourite teams and players. 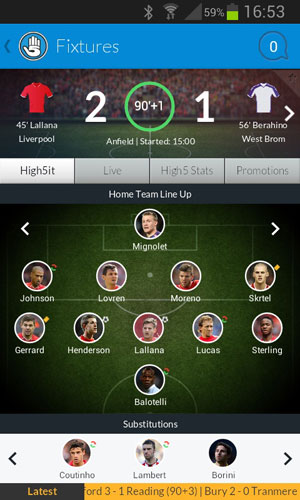 High5it is free to download from 27th November from the App Store and Google Play Store for mobile devices using the iOS & Android operating systems. Working with live data streams from matches, High5it enables fans to positively recognise great play from their favourite players both during, and up to 24 hours after a game, whether watching from the terrace, the sofa or in the pub. For further information please visit www.high5-it.com.