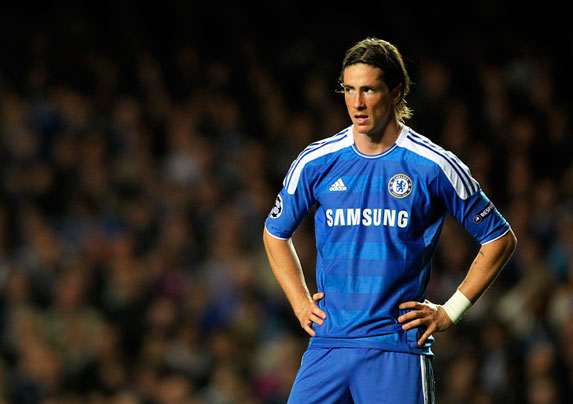 Fernando Torres needs to regain his “hunger and anger” if he wants justify both his reputation and the club record £50m fee which Chelsea paid Liverpool for him last January.

That is the verdict of old Chelsea favourite Frank Leboeuf, now building a new career for himself as television football pundit with ESPN at the heart the channel’s Premier League coverage.

Leboeuf was speaking in the wake of the row over Torres’s critical website comments about his “slow” team-mates and his inability to regain his scoring touch at a critical time with Chelsea challenging to keep the two Manchester clubs within sight at the top of the table.

Analysing the test for Torres, Leboeuf said: “He is struggling to establish himself at Chelsea for a variety of reason. For example, it’s the first time he’s found a club where he is not the main player. At Liverpool the others were all playing for him, with Atletico de Maderid as well. But the other Chelsea players don’t play for him.

“He has to find his own room and space where he can be served the ball where it suits him. When I played for France with Zinedine Zidane we always wanted to find him with the ball because we knew he could always create something. That’s what Torres has to show he can do at Chelsea.”

Leboeuf also thinks Torres has suffered to regain his old intensity because of his struggle with injury and the expectation from first Liverpool then Spain – ahead of the 2010 World Cup – for him to postpone surgery and keep playing.

“The board, the coaches and the fans all want you back playing,” said Leboeuf. “You even feel in a race against time with yourself and often, even when you know you are not ready, to give it a go even though you know you may get hammered.

“I know. It happened to me under the fantastic M. Bernard Tapie at Marseille. I damaged my quad and I came back too soon. Then, in a game against Lyon, we were losing and I tried something and it went again. I never recovered. Sometimes even now if I’m playing football with friends I’ll be flat out with it after just five minutes.”

The problem is not, according to Leboeuf, a question of whether Torres and Didier Drogba can play together.

Leboeuf said: “I think Torres can play with Drogba. It’s just a matter of everything coming together. Remember we said once that Drogba could not play alongside Nicolas Anelka and then they had that fantastic season. I think Torres and Drogba can play together. They’re smart people . . . but Torres needs to score for three or four games in a row before people can start believing that something has changed.

“I think Torres is a nice guy. He showed so many good things with Atletico and in the beginning with Liverpool so he is able to do that – but it’s all in his mind. That’s the difference between a big player and an average player.

“If you’re not hungry and angry then it’s all over. He had that hunger and anger once because you don’t reach the level he has done without it. But he has to find it all over again.”

  Frank Leboeuf is part of the team of football analysts on ESPNsoccernet Press Pass, which takes a look at football with a smart global perspective every weeknight and Sunday at 11:30pm, beginning 19th September on ESPN. For details visit: espn.co.uk/tv