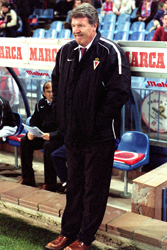 England top their qualifying group after beating Switzerland 3-1 in Basle, but what price are they to win Euro 2012 now?

John Toshack has confirmed his resignation as Wales manager after six years in the job.

Speculation about Toshack’s future arose in the wake of Wales’ 1-0 defeat by Montenegro in their opening Euro 2012 qualifier, and the former Real Madrid boss is understood to feel he has taken the side as far as he can.

Football Association of Wales chief executive Jonathan Ford announced: “The FAW wishes to announce that Mr John Toshack, the national team manager, and the association have mutually decided to cease his employment of the post with immediate effect.”

Toshack has stepped down from his role with immediate effect and he has hinted he would have preferred to have stayed on for next month’s double-header with Bulgaria and Switzerland.

“To be honest, I didn’t decide to finish at the moment, I understood the situation but I was quite prepared to go onto the next two matches,” Toshack said.

“Wales are still very much in this group, and now the decision has been made hopefully they’ll be able to get some positive results in the next two games.

“If the results do go against us, I think I would have preferred that to happen with me still in charge.”

England top their qualifying group after beating Switzerland 3-1 in Basle, but what price are they to win Euro 2012 now?