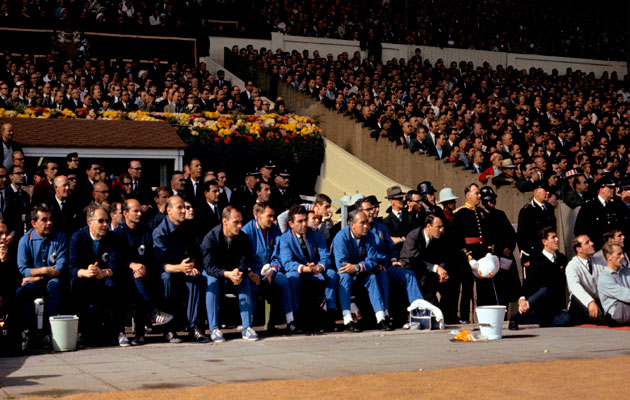 Udo Lattek, the legendary former coach of Bayern Munich, Borussia Mönchengladbach and Barcelona, has died at the age of 80.

Lattek won the German Bundesliga championship eight times and collected 14 major honors over his coaching career which spanned more than three decades. Lattek suffered two strokes and was diagnosed with Parkinson’s disease in 2013.

After an undistinguished playing career with VfL Osnabrück, Lattek was released from his contract to join the German football association DFB and at the age of 30, became one of the assistants to national team head coach Helmut Schön at the 1996 World Cup.

In March 1970, Lattek, without any experience coaching in club football, but on the recommendation of Franz Beckenbauer, was appointed by Bayern Munich as successor of the Croatian Branko Zebec.

Lattek presided over the great Bayern team of the 1970’s culminating in the 1974 European Cup win over Atletico Madrid – first triumph for a German team in this competition. Bayern would go on to win the trophy for three successive seasons, but by then Lattek had moved on to Borussia Monchengladbach where he was an instrumental figure in the club’s most successful period in their history.

The club won two league titles, a UEFA Cup and were runners-up in the European Cup final of 1977, under Lattek before he left for Barcelona. In Spain, he won the European Cup Winners Cup, but after failing to win the domestic title, he returned to Bayern Munich where he won another five major honors.

Towards the end of his career, he became the sporting director at Cologne with short-term spells at Schalke and finally Borussia Dortmund.