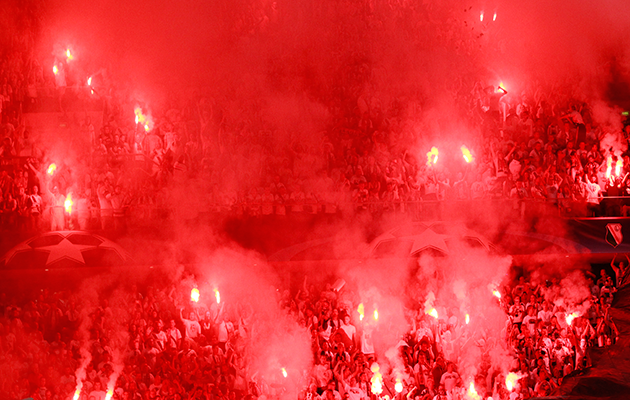 Legia Warsaw have apologised for the behaviour of their fans and will punish those guilty of violence after trouble marred their 6-0 home defeat by Borussia Dortmund.

Fans clashed with security during the Champions League match and tried to break into the section containing thetravelling supporters.

Violence erupted during the first-half when a group of Legia supporters wanting to get at the visitors’ section forced their way into a part of the stand kept empty as a means of segregating the two sets of fans.

The club has also denied reports that their fans had made racist remarks but apologised to those offended.

“1. The media reports suggesting that Legia fans supposedly shouted “Jude Jude BVB” are not true. It has been determined that the fans shouted “Nutte Nutte BVB”. This is a chant offensive to Borussia Dortmund and their fans, sung by fans of other German teams. It does not, however, have any anti-Semitic or racist context. Nevertheless, we truly apologise to German and Polish fans of Borussia Dortmund who felt offended.

“2. As to all the people who disrupted public order in the West Stand and in the away fans sector, strict consequences are going to be drawn against them.”

Uefa is awaiting reports from the game before considering any disciplinary action.