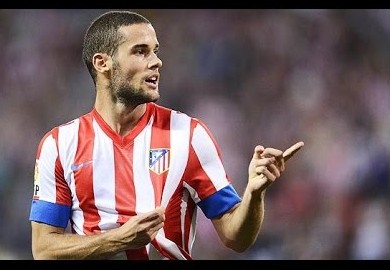 Fiorentina and Spain midfielder Mario Suarez is set to join the club for a fee of around £4.1m after he completes his medical at the club, according to Sky Sports.

Flores has taken advantage of his connections in the Spanish market after he made Nordin Amrabat his first signing of the transfer window.

Suarez represents a major coup for Flores – he is an archetypal Spanish player, who has wonderful vision and passing. For Fiorentina, he has a remarkable 92.5% pass completion rate – the highest in Serie A.

Despite this, he has only started just five matches and will look to showcase his talents that saw him become a vital component in Diego Simeone’s Athletico Madrid team that won the La Liga title.

Mario Suárez: Has a better pass accuracy (92.5%) than any other player to start 5+ Serie A matches this season

Earlier, Flores said: “Mario Suarez is close. It is not finished. At the moment I don’t have official notice off the club that it is done.”

However despite this, he is set to sign a three-and-a-half-year with the Hornets and transfer fee is a bargain given the current financial climate in Europe.