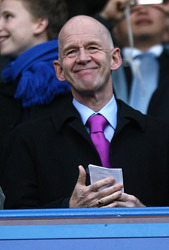 Another round of group games in the Champions League this midweek including Celtic v Man Utd and Hamburg v Arsenal. Click here to find out the latest odds!

West Ham have confirmed that they have accepted Eggert Magnusson’s £85m takeover bid for the club.

Magnusson’s consortium have secured agreements to buy 83% of shares and the club’s board has recommended the offer to remaining shareholders.

Magnusson will replace Terry Brown as West Ham chairman, although Brown is to stay at Upton Park as a director.

“Eggert Magnusson is fully committed to ensuring the Club can continue its great tradition of success both on and off the field, to the benefit of supporters and the wider community.”

Magnusson added: “I am both delighted and honoured that Terry Brown and his colleagues wish to support our offer for West Ham.

“We can now end the uncertainty of recent weeks and move forward into the next phase of development of this great club, with Alan Pardew leading our efforts on the pitch.

“I fully appreciate the personal responsibility that will come with becoming chairman of West Ham and pledge to the staff, the players and the fans that I am here to serve and to do all that I can to deliver genuine success on and off the field.”

Magnusson has revealed that he will consider relocating the club from Upton Park to London’s Olympic Stadium.

“In terms of the club’s location we are buying what we see, which is West Ham at Upton Park,” he explained.

“But if there is an opportunity to discuss a long-term move to the Olympic Stadium I would explore that.

“I recognise there will also need to be an athletics legacy from the London 2012 Olympics.”

Magnusson has already met West Ham manager Alan Pardew to reassure him of his support and ha confirmed that he will provide funds for signings in the January transfer window.

Another round of group games in the Champions League this midweek including Celtic v Man Utd and Hamburg v Arsenal. Click here to find out the latest odds!