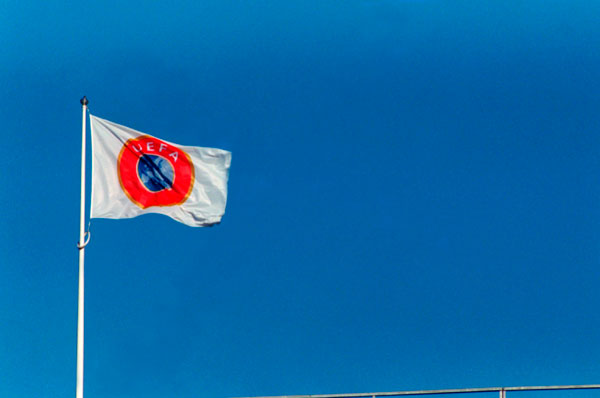 Infantino did such an effective job at UEFA that his departure will have little practical immediate effect on how it runs its competitions including the Champions and Europa Leagues as well as the Euro 2016 finals in France in June.

The one concern over Theodoridis may centre on a conflict of interests issue since his father, Savvas, is vice-president of Greek champions Olympiakos who have become mired in a match-fixing controversy in Greece. This could ultimately affect their right to compete in UEFA competitions.

There is no suggestion of any involvement by Theodore Theodoridis, who assisted UEFA vice-president Angel Maria Villar in running UEFA’s extraordinary congress in Zurich last Friday.

He could even be confirmed in the role on an interim basis by a meeting of the UEFA executive committee at the end of this week.

UEFA had been expected to use the congress to prepare emergency statutes variations to allow for a presidential election at its next ordinary congress, in Budapest on May 3.

However Platini, who continues to deny wrongdoing, has insisted he will press his appeal against the worldwide ban with the Court of Arbitration for Sport. It is unlikely Platini and his lawyers can achieve a hearing, let alone a verdict, before May.

UEFA’s national association leaders have remained publicly supportive of Platini who had hoped to clear his name in time to preside over Euro 2016 in his home country of France.

The European federation thus remains trapped in a virtuous circle.

Infantino’s departure may prompt some federations to reconsider whether it makes sense for the organisation to run on for an unspecified time without a leader.

Until a new president is in place, it is hard to imagine it feeling able to appoint a new permanent general secretary.