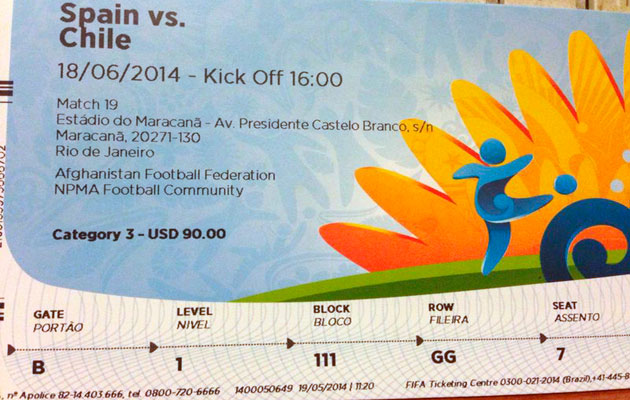 Ray Whelan, the British director of FIFA’s marketing affiliate Match who has been at the centre of a World Cup ticket scandal in Brazil in Brazil, has been released from Rio’s Bangu prison jail on bail.

Whelan, executive consultant of Match Services – a subsidiary of the company that provides  hospitality services for FIFA – was arrested, released, then re-arrested and has been detained since July 14 after surrendering his passport to authorities who accuse him of allegedly selling VIP World Cup tickets at inflated prices.

Brazilian authorities have released taped recordings purporting to show Whelan discussing hospitality packages with Lamine Fofana, the man alleged to be the leader of the ticket touting ring.

Both Whelan and Match insist he has done nothing wrong and that he was trying to resell packages that had been returned to Match at the last minute by a Brazilian hotel chain.

Appeal judge Marco Aurelio Mello freed from jail and allowed to return to the home he has in Rio.

“The judge showed that Brazil has not only the capacity to organize a FIFA World Cup but has a constitution that must be respected,” said Whelan’s lawyer, Fernando Fernandes. “The supreme court has ruled that the arrest was illegal from the first moment.”

The next step would be to the prosecution evidence, something which he has been denied thus far.

“The defence will dedicate itself entirely to obtaining integral access to the evidence that has not been granted yet, in order that it may dismiss the accusations against Mr Whelan,” Fernandes continued.

Whelan could face up to four years in jail if found to have been involved in the illegal resale of tickets as well as related activities including money laundering.