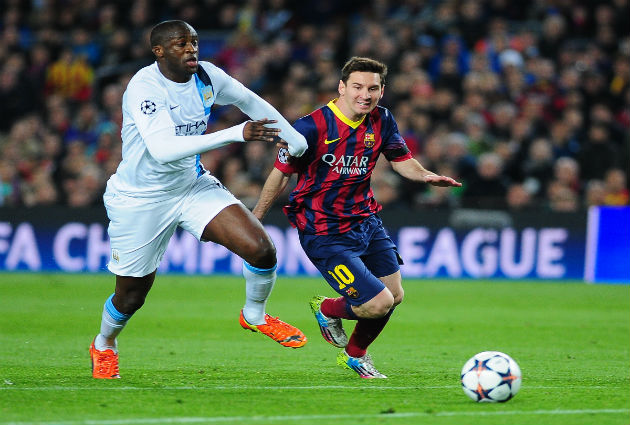 Yaya Toure could be set to leave Manchester City this summer according to his controversial agent Dimitri Seluk.

Toure and Guardiola had an apparent falling out and was allowed to leave in 2010. Guardiola favoured his young protégé, Sergio Busquets in the defensive midfielder role.

Seluk’s comments come after the surprising news broke yesterday that Pep Guardiola would officially take charge of City in the summer.

“I think Yaya will leave the club,” Seluk told The Sun.

“But before leaving I hope he will win again the League and all the cups.

“It’s not a question of whether Pep likes him or not. It’s life, you know.

Seluk also criticised Guardiola for leaving Barcelona, and in the past has labelled him “overrated”.

“In my opinion, everyone who has balls must stay in a team not only when they are successful but when things are difficult,” he said.

“Barcelona win because it’s like a big family and their structure is an example for everybody.

“So it’s not a question of persons. Luis Enrique has done the same as Guardiola. It’s not possible to say forever it’s the team of Guardiola.”

“Yaya opened the door for the people who worked for Barcelona. Yaya went to a place where many changes were necessary,” he said.

“He was not afraid. But now everybody from Barca comes to City.”