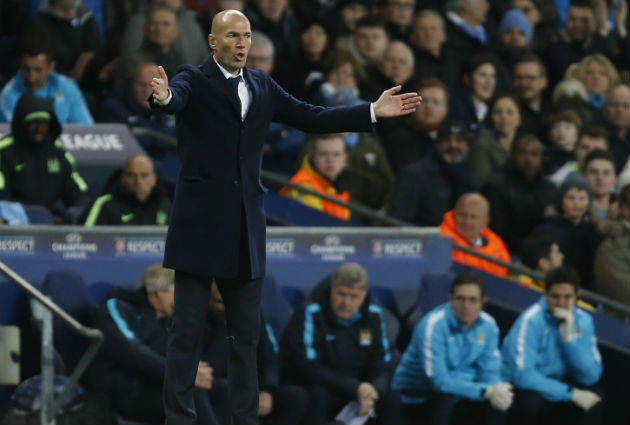 Last night’s match was a defensive and tactical battle, with both side’s defensive players and goalkeepers excelling.

The result pleased Zidane – who know hopes his side can take advantage playing at home next week.

“I am happy with the game,” said Zidane.

“It was not easy but in the end, we defended really well. We had the ball more in the second half and we had more chances after the break. It was a tough game but I am happy with the result.

“It is a Champions League semi-final so nothing is easy, but I am happy with the result and the work the players did.”

Zidane was impressed with his side’s ability to reign in their usual attacking instincts and contain City – particularly Sergio Aguero.

“We know (Sergio) Aguero is a good player so we didn’t give him much space. The idea was to defend together. We managed to achieve what we wanted.”